Home Music News Above & Beyond Release Second Single of 2022, ‘Chains’ 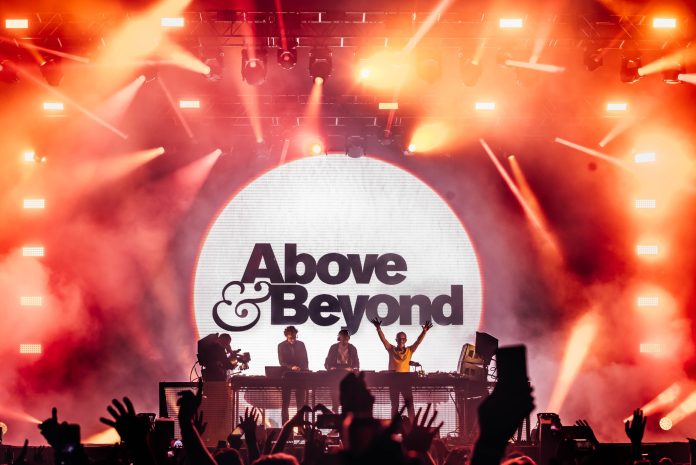 Premiered during the band’s Group Therapy 450 celebration at The Drumsheds London last September, ‘Chains‘ is Above & Beyond‘s second single of 2022 with singer Marty Longstaff and follows the release of ‘Gratitude’ earlier this year.

If you had the chance to see the legendary trio this year, ‘Chains’ has been a mainstay in Above & Beyond’s sets over the past year, played extensively during their 70,000-ticket Anjunafamily Reunion Tour last winter, plus two sold-out Amsterdam shows, Anjunabeats Europe in Poland, Tomorrowland, and more.

More commonly found performing under the moniker The Lake Poets, Marty Longstaff rose to prominence with the moving acoustic ballad ‘Shipyards’. The song accompanies the opening credits to the sleeper hit Netflix documentary, ’Sunderland ’Till I Die’. The Sunderland singer-songwriter is the voice of Above & Beyond’s ‘Tightrope’, ‘Flying By Candlelight’ and ‘Gratitude’.

Above & Beyond‘s extensive touring schedule rolls throughout summer 2022 and into autumn. Their Group Therapy Weekender London festival takes place at Dockyards London in September, with a sold-out Los Angeles show to mark Group Therapy 500 and appearances at Creamfields, EDC Orlando, EH1 Festival, and more also in the diary. For tickets, visit https://aboveandbeyond.nu/tour

Above & Beyond feat. Marty Longstaff’s‘ Chains’ is now out on Anjunabeats. Listen below.