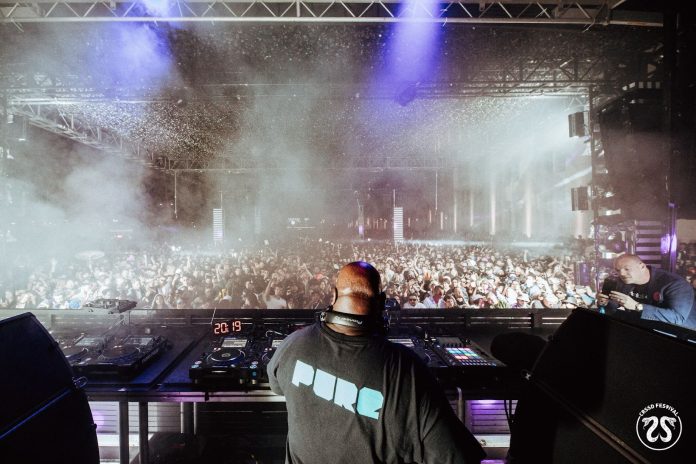 There are few cities in America known for being a hotbed for House & Techno. Southern California’s San Diego is one of them. This is thanks largely in part to FNGRS CRSSD. I say this, as they are known for throwing the city’s bi-annual House & Techno festival, known as CRSSD Festival. In addition to this, they hold numerous events at local clubs & venues and have recently started DAY.MVS XL. Now, they turn the page and move to night. I say this, as it was recently announced that NGHT.MVS in the Park would be taking place this September in sunny San Diego.

NGHT.MVS is set to take place in Gallagher Square, which is located adjacent to Petco Park. The lineup is stacked and features some of house & techno’s biggest names. How big you may ask — Carl Cox Invites big. Furthermore, the 2022 edition of NGHT.MVS is set to curated by Carl Cox himself, via his outings known as Carl Cox Invites. The lineup will feature the big man himself, well as ‘Last Night On Earth‘ icon Sasha, next-generation Ibiza royalty Chelina Manuhutu, and Circulate Records boss Lee K.

Cox’s NGHT.MVS performance will serve as a showcase for his upcoming album, ‘Electronic Generations,’. Accordingly, it is set to release shortly after in late September. Additionally, the record is a 17-track techno journey. Equally important, this is an album that draws inspiration from Cox’s many decades of unique hybrid-live sets. In addition to this, it features collaborations with fellow techno legends such as Fatboy Slim and Nicole Moudaber.

Moreover, be sure to check out our preview, here.

Firstly, NGHT.MVS will take place at Gallagher Square. Secondly, the park remains one of Southern California’s most idyllic venues. It offers electronic music fans unobstructed views of Downtown San Diego and grassy, and spacious lawns in the heart of the city. Thirdly, General admission and VIP tickets will go on sale Friday, July 8th at 11am PT. The event is set to take place on September 2, 2022, and will run from 4-11pm. Lastly, it should be noted that this is a 21+ event.