Home Music Interviews Terry Golden Gives A Closer Look At His Experience With His Radio... 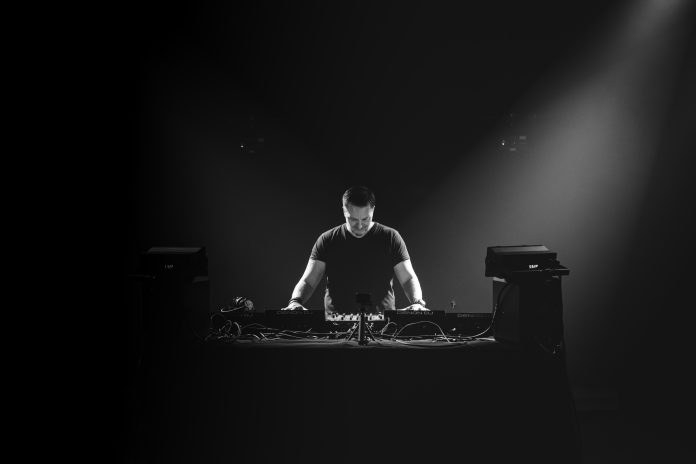 Proficient DJ and music producer Terry Golden shows no signs of slowing down. Following big releases so far this year like ‘Best Time in Space’ and ‘Higher Love’, this talented artist continues to amaze his crowd. His hit radio show ‘Art of Rave’ keeps catching the attention of listeners all over the world, as the consistent highly energetic mixes he puts out every week keep the party going. This time, we had a chat with Terry Golden to ask him all about his experience with his radio show so far, his favorite episodes, what has he learned and what is he looking forward to with the show.

Hello Terry, how are you?

I am super busy now with many different projects, collabs, radio, getting ready for the summer festivals and of cause my radio show ‘Art of Rave’. But feeling over the moon inside, because we are back to normal in most places and we can party hard again.

‘Art of Rave’ has been getting a lot of attention from listeners all around the world, can you tell us more about how the initial idea for the show started?

During the pandemic, I tried to do some livestreams, like everybody else, and here I kind of stuck to one genre, like Big Room or Trance, but it did not work for me for different reasons.

First of all, I never got the feeling of connection with an audience on the live stream, competition was big, but mainly seeing no happy faces, like when you play live – just killed it for me. So together with my PR manager, we decided to start a regular radio show, and this time I did not want to lock myself into 1 genre. I wanted to embrace many genres and give my support to other artists. It’s actually music I like and I would love to hear in a club or on a festival – what here it’s widely called a rave, and I think that is an artform, so ‘Art of Rave’ was born.

How would you say the show has evolved from the first episodes until now?

When the show was new, I had to search for the music, as I would not get that many demos in my inbox, but now I am getting flooded, and I love that. It’s a lot of work, but I am definitely playing a wide range of genres now than I did in the beginning, and mostly from my demo inbox, which means it’s actually new music for most people – and that is for me a success, and it has been very well received, so others have the same thoughts as me.

What keeps you inspired to create fresh new mixes for ‘Art of Rave’?

Listening to the demos of new and inspiring producers, and surely not all is that good, but so much great new music comes through my inbox.

It’s also a place for me to try out my own new productions and get a feeling how they work in the mix. I always record my radio sets live, so it’s almost like playing live – I never edit anything, what you hear is what you get – keeps me super sharp between live jobs.

In general no, as I play live, and no mix is made in software or anything like that. But for sure, you don’t get the same high kick of adrenaline playing a radio show, as you do in front of a big crowd. Also, surgent tricks require a crowd to really work, which I would never do in a radio show mix. So, on paper it’s the same, but in real life is totally different.

What have you learned or discovered while working and mixing for ‘Art of Rave’?

In the beginning I spent way too much time selecting and preparing music, and somehow the free flow got a bit lost. Now, I generally have 25 songs ready, and let my mood flow and see how it feels when I play, then I decide which one I select, and in which order.

Who would you like to feature or invite as a guest DJ on your show?

Oh, that is a hard question, a lot of great artists will be more than welcome on my show. Somehow, I feel it’s more about the music than the artist, but with that said if Armin Van Buuren, Morten, David Guetta, Nicky Romero or Hardwell decides to drop a guest mix for my show, then it would be for me, the ultimate acceptance of what the ‘Art of Rave’ is all about.

Are there any new milestones you’d like to achieve with ‘Art of Rave’?

I have this dream to make a live event of The Art of Rave, maybe for episode 100, but basically, I just want to see the show to continue growing as it has done until now – truly an amazing 10 months it has been.

Any favorite episodes so far?

No, honestly, I think every new episode is the best one, but I listen to older episodes from time to time, and it just feels good. I am proud of all episodes.

How would you describe your show to someone who hasn’t listened to it yet?

If you love club music, big beats and a progressive vibe this is the show for you. You will get a good variation of different genres, from progressive to Big Room. ‘Art of Rave’ will surprise you with great new music, I guarantee you have not heard before – and always with a ton of energy.

What would you like to say to the ‘Art of Rave’ followers?

I am humble for all the support, so I can only say a big thank you and I hope you will continue following the show, and maybe even invite your friends to listen together with you. Together the rave works just better, and that is the true art – that is ‘Art of Rave’. 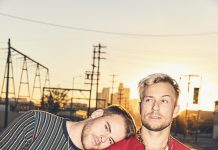 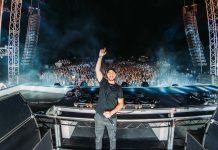 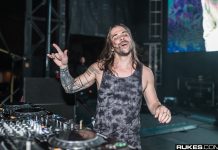