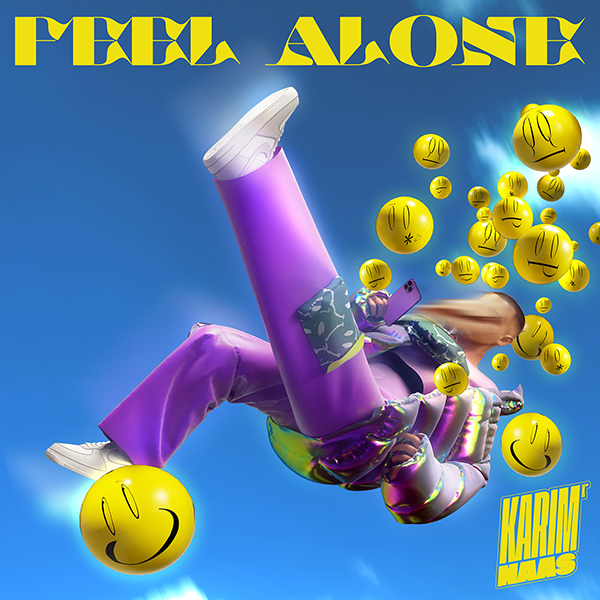 Parisian producer Karim Naas returns with his pumping new single ‘Feel Alone’. This latest track from the prolific 22-year-old will be his fourth release on Island Def Jam and Naas Music Publishing, following on from his three massive hits ‘Just Friends’, ‘M.I.A’and ‘What They Say’.

Following the release of his Chainsmokers remix, this is Karim’s first track in collaboration with Kelsey Gill.‘Feel Alone’ is a feel-good, high-energy track with a dynamic melody inspired by Karim’s trips to London. The track’s title and addictive hook are about being infatuated with somebody, and never feeling alone when they’re with you.‘Feel Alone’is perfect for radios, clubs, and endless summer nights gazing into each other’s eyes on the dancefloor.

Karim explains: ‘’Feel Alone’ is one of those tracks that gives you an instant feeling of happiness even if you’re having a bad day… you just press play and you feel great, it’s as simple as this! Super proud to have collaborated with the amazing Kelsey Gill, our first song and not our last!’

Passion, authenticity, and generosity are what Karim Naas channels through his music. The critically acclaimed producer and DJ has laid a solid foundation for his career with over 10 million streams and 1,5 million video views in less than two years. In 2020, Naas broke into the international dance music scene with the infectious and euphoric ‘Threw A Party’ ft. KTK. He also released official remixes for artists such as Sean Paul and ToveLo, Tainy, Lauren Jauregui and C. Tangana, Black Eyed Peas and Kesha.

Get the track here!