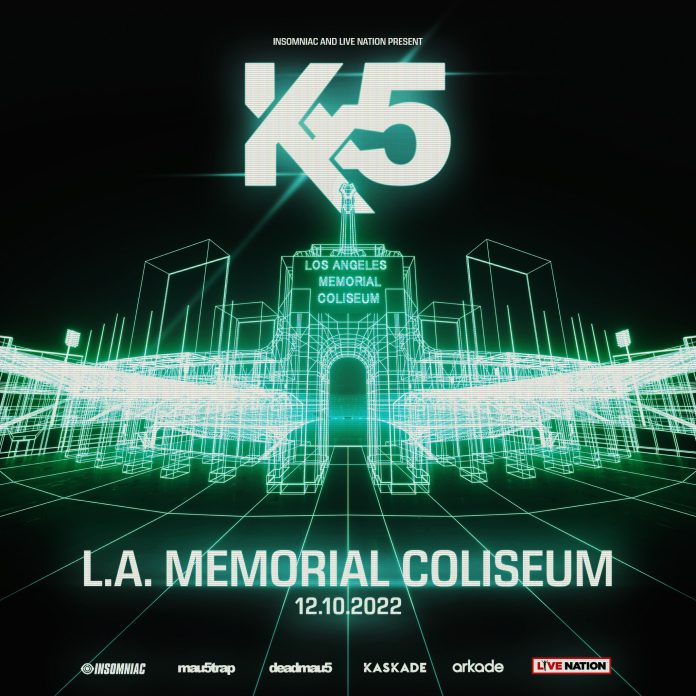 Music legends Kaskade and deadmau5 have recently announced that they are teaming up to form Kx5. The duo has already released their first single, ‘Escape’ feat. Hayla. And now they are slated to perform at at the Los Angeles Memorial Coliseum next autumn.

deadmau5 and Kaskade each had a stranglehold on the electronic music industry at the turn of the decade in 2010. A lot of music lovers who entered the scene at that time, have a soft spot for both artists. So it would make sense that the two would join forces and shine a light on an era of music that would define the millennial rave experience.

Do you remember? Because I do. Case in point.