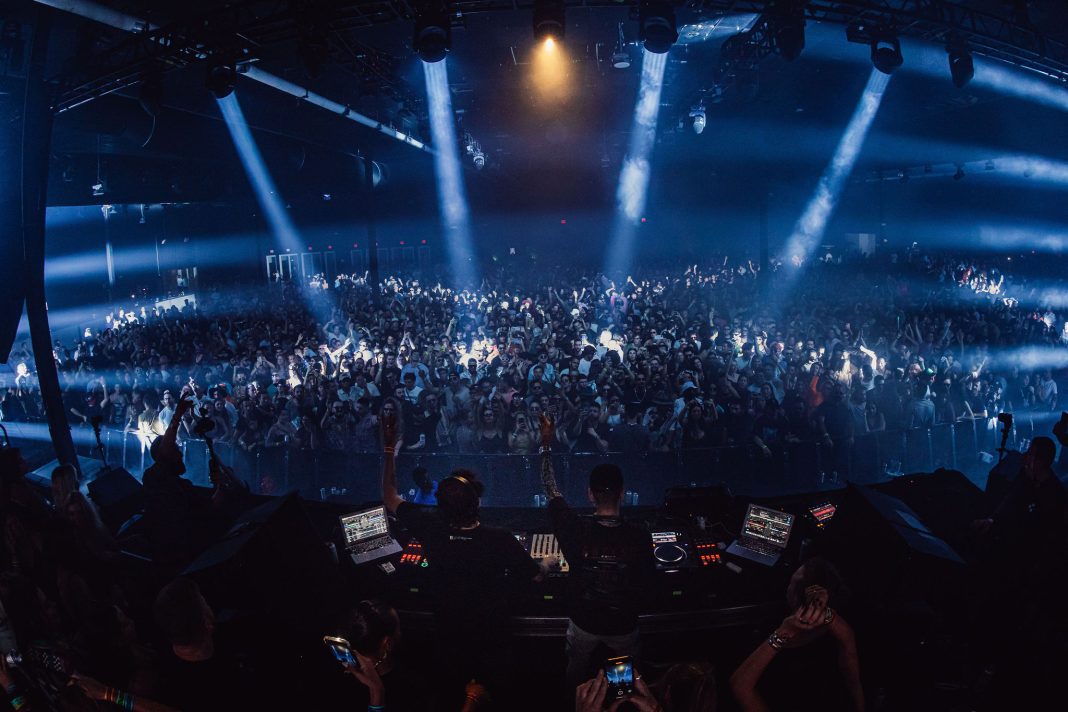 Miami Music Week was full of amazing sets and incredible parties. Perhaps none could top Friday’s Echoes event by New York’s Teksupport. After experiencing the Soho Studios Sauna on Thursday night, there was understandable apprehension about another warehouse party on Friday night. Luckily, Mana Wynwood came through with flying colors and the temperatures stayed relatively cool throughout.

The lineup boasted WhoMadeWho, the buzzworthy Innellea, Dixon, and Tale of Us. Innellea, sadly not an Ultra performer this year, was hot off his performance with Eric Prydz the previous night. Having come to the party from Ultra, I sadly missed Innellea and some of the earlier performers. I made it in time to catch Dixon and, of course, Tale of Us.

The vibes were incredible as you might expect given the lineup, with plenty of Afterlife logos visible on hats and shirts in the crowd. Speaking of the crowd, everybody was extremely courteous and there was never any feeling of crowding. The production was not over the top, but perfect for the vibe and the music. It was the perfect party for Tale of Us to perform one of the best sets of the entire week.

While everybody is rightfully talking about Tale of Us’ performance at Ultra on Saturday night, their Echoes set was even better still. Playing from 3am to 5am, Tale of Us’ Echoes set contained pretty much everything from Saturday but with an additional 30 minutes of newer tracks and IDs. The crowd was loving the new belters from ANYMA such as ‘Running’, ‘Angel 1’ and ‘Consciousness’, but the duo also introduced the ANYMA collaboration with Camelphat that will certainly be a huge track this year.

Perhaps the best moment of the night came at the end when the duo played their last track, stopped the music, and brought up the lights to thunderous applause as often happens during their sets. They continued gesturing for the crowd to continue applauding for a few moments, and rather than step off stage, they dropped right into the best part of Agents of Time’s ‘Mirage‘ to close out the night properly. It was certainly a better finale than the Ultra crowd got on Saturday night, but we’re not complaining either way.