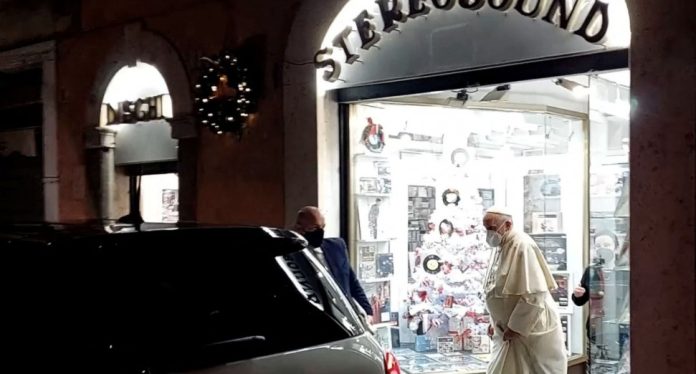 Pope Francis made headlines last week when he was spotted at a record store in Rome. He went home with some new CDs, according to Italian news.

The head of the Catholic Church was seen making a stop at Stereo Sound, a small record store near the Pantheon, on Tuesday night. This was probably to enjoy the offer Italy has in terms of available records compared to the smallest country in the world, the Vatican. The 85-year-old was spotted by a local journalist, Javier Martinez-Brocal, who filmed Pope Francis leaving the record store – even though the visit was supposed to remain a secret.

Later the video went viral on Twitter, and the journalist received a congratulatory word from the pope.

“You can’t deny that it was a case of bad luck… that after taking all the precautions, there was a reporter there at the taxi rank…One should not lose one’s sense of humour. Thanks for doing your job, even if it did put the pope in difficulty.”

Owners of the record shop later revealed that they built a friendship with the pope while he was the archbishop of Buenos Aires. They explained that he would visit their shop to buy classical music records and CDs. The shop’s co-owner, Tiziana Espositoater, couldn’t hide his excitement, declaring:

“He walked in the shop and it was an amazing meeting. As he promised, he blessed the shop.”

This is not the first time Pope Francis has been spotted doing regular activities at places throughout Rome. The figure is famous for opting against visible police escorts and bulletproof cars, 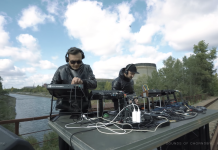