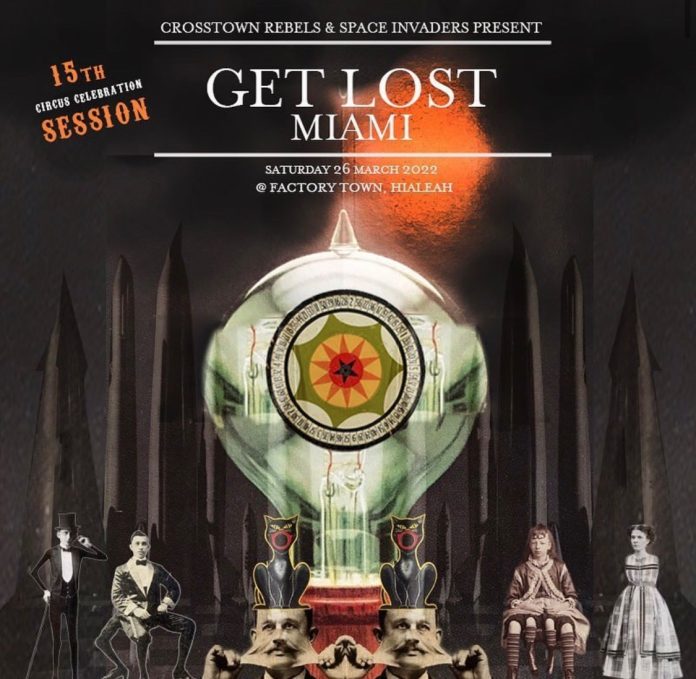 Get Lost announced “Get Lost Miami,” a Miami Music Week Event taking place in collaboration with Cross Town Rebels and Space Invaders. The 24hr, multi-stage event will take place on Saturday, March 26 at Factory Town in Hialeah and serves as the event’s 15th anniversary.

Factory Town, which opened last November, is the latest venue in Club Space’s repertoire. The venue spans six acres and is an industrial-style lot. Get Lost Miami will span the entire venue, according to the event organizers. The lineup has yet to be released, but previous events have featured powerhouse acts such as Guy Gerber, Bedouin, Damian Lazarus, and Mikey Lion.