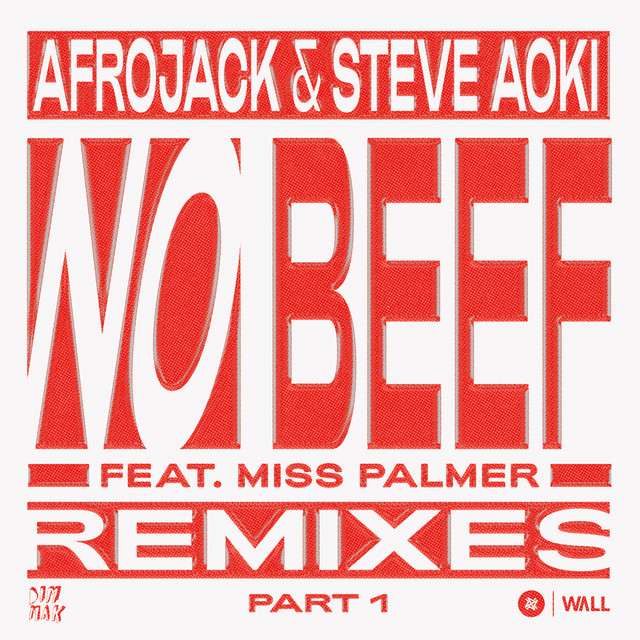 Today is a good day to be an Afroki fan. And, if you don’t know the iconic partnership between the EDM legends, Afrojack and Steve Aoki, today is a great day to become one.

In special celebration of the 11th anniversary of their sensational release of “No Beef” the pair dropped the remix series NO BEEF (FEAT. MISS PALMER) [REMIXES PT.1]. In a breathtaking collaboration between various artists, it should come as no surprise to see the recently released tracks rise to the top of the charts in the up-in-coming weeks.

Starting off with the UK duo, Goodboys, take the signature “No Beef” track to new heights, combining a more contemporary house tune with subtle piano undertones and male-dominated vocals.

Looking onto the second track, Aoki himself contributes to the astonishing remix spectacle of birthday celebrations with “11 Years Later Remix”.

Aoki comments: QUOTE like   “No Beef is an absolute classic track that Afrojack & I collaborated on 11 years ago. When we realized we were coming up on the anniversary of the release, we just had to bring the track back with a set of brand new remixes including one I made myself. I’m so excited for you guys to hear these new takes on one of my old favorites”.

Rounding out the third track is the 20 year old German artist, LUM!X, incorporating his trademark beats with a refreshing hands-in-the-air rave chorus to the line up. Closing off the first remix package, Riot Ten & Crankdat brilliantly deepen the original track while adding their own dramatic dubstep flare.

We are excited to see when the second remix package Afrojack & Steve Aoki will be released, having blessed us all with this first commemoration.