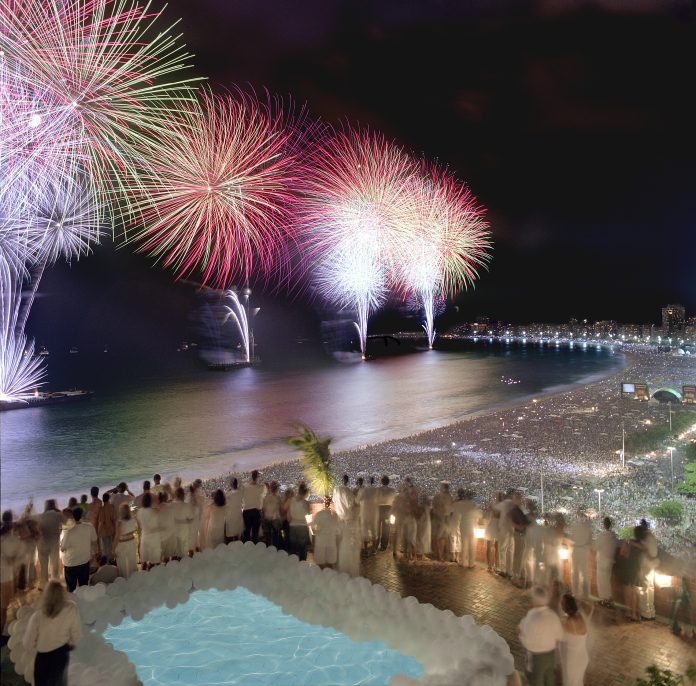 As the omicron variant continues to spread across the globe, more and more cities are cancelling New Year’s Eve celebrations. Rio de Janeiro is the latest to follow suit, after the city’s mayor, Eduardo Paes, took to twitter to announce the cancellation of NYE festivities this year.

In his tweet, Paes stated that since there are differing opinions between scientific committees in the city and state, he decided to go with the “the most restrictive one.” Some city officials believe the party should go on, while state officials say it shouldn’t.

“We can’t organize the celebration without having all health authorities in accordance. Unfortunately, we can’t organize a party of this size, in which we have a lot of expenses and logistics involved, without the minimum time of preparation.”

Rio de Janeiro’s annual New Year’s Eve celebration is a massive event at Copacabana Beach that draws millions of locals and tourists alike. Marking the beginning of summer for the Southern Hemisphere, the celebration usually features national and international performing artists and an extravagant fireworks show.

Rio de Janeiro is one of 22 cities in Brazil to either cancel or reduce plans for this year’s New Year’s Eve celebrations, according to the Brazilian news site G1. More than 615,000 have died of COVID-19 in Brazil, the second highest death count in the world, followed by the United States. However, 90% of residents aged 12 and up are now fully vaccinated, as of last Thursday.