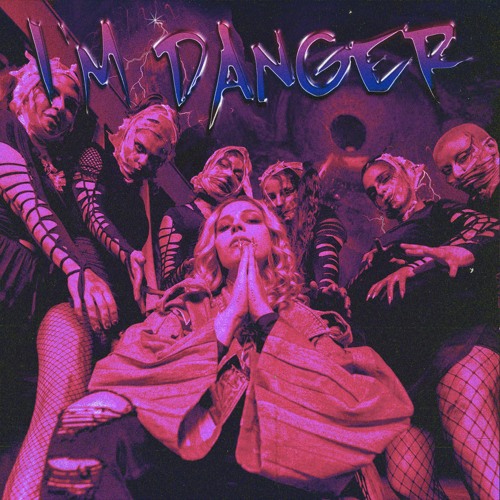 The world of dance music doesn’t always feel like such a big space until it does. I say this, as it’s easy to get caught up in one’s local scene, with the club mainstays, festival headliners. So much so that we often forget that there is a whole other world of dance music just waiting to be discovered, should we choose to change genres, or shift our geographical location. Today, I bring you an artist who has done just that, introduce me to a whole other side of dance music I didn’t know existed — and her name is OHMYGi. She is doing this with her latest single, titled ‘I’m Danger’. If you’re into bass music, or just want to see more women in the world of dance music, you’re going to want to check this out.

OHMYGi, real name Gisela Lindhorst, is a Chilean-born artist, who is putting her unique spin on dance music. Her latest offering ‘I’m Danger’ is a bass-heavy banger, which utilizes both the English and Spanish languages. ‘I’m Danger’ is the first single off of her forthcoming album titled ‘Danger in Pink‘. The tune sees her effortlessly blend her native tongue, being Spanish, with that of English. If this wasn’t enough to catch your attention, she also translates her emotions into a third language of sorts. That being gritty, heavy, bass. In addition to this, the tune features crisp, punchy drums that would make even the most seasoned producer proud. If that weren’t enough it also contains a pretty dope message.

Over the course of ‘I’m Danger’, OHMYGi channels some of her most highly held female role models. These are powerful women no doubt, judging on the content of this song. Through ‘I’m Danger’, OHMYGi shares her emotions on female oppression, bringing awareness to the struggles women face throughout their lives.

When asked about the message behind ‘I’m Danger’ OHMYGi had the following to say:

while avoiding divisions between sex, race, gender and religion.”

Anyone familiar OHMYGi can see that ‘I’m Danger’ perfectly encapsulates the OHMYGi brand, as well as her persona as an artist. If you’re interested in seeing just what I’m talking about, I’ve included the lyrics below:

Her electrifying performances and style captivate audiences, seasoned with her distinctive charisma behind the decks. She also adds her unique ingredient, her #barbiesquad theme: “kill the stereotypes”! This translates to DJ decks lined with barbies, from the biggest crowds at Creamfields to the industry underground basement raves. Gisela moved into music production in 2017, while still studying Service Management. She envisioned her artistic career and mission within music, working her way to winning the First International Icon Women’s Scholarship, followed up quickly by winning the Icon Ambassador Award, two early milestones in her career.

Moving to Los Angeles in 2019, she rediscovered her songwriting muse. Drawing inspiration from her life experiences, At only 27 years old, OHMYGi has already made a serious name for herself with her genre-bending compositions.