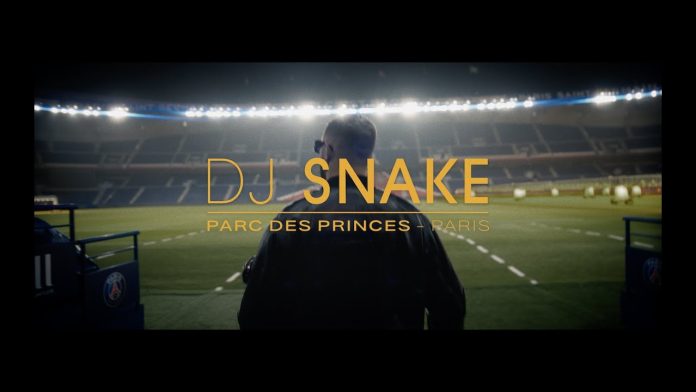 DJ Snake is taking Pardon My French to a new level. On June 11th, 2022 the world-renowned French producer will play at Parc Des Princes. The home stadium of the Soccer team Paris Saint-Germain (PSG) has a capacity of 48,000. But with the soccer field acting as General Admission, you can imagine that number is going to be much higher. DJ Snake took to Instagram to tease the show with good friend Malaa.

The reptilian DJ is known for his massive shows in France. In 2020, his performance at La Defense Arena got recognition everywhere. There is one classic video of him urging the crowd into a wall of death. It is going to make you want to fly to Paris for the show this Summer. I can’t begin to imagine what it will look like.

Tickets will be available on December 2nd. They can be purchased here at Ticketmaster France. Make sure to check out the cinematic trailer below! You never know who will show up, maybe even the other Pardon My French boys.