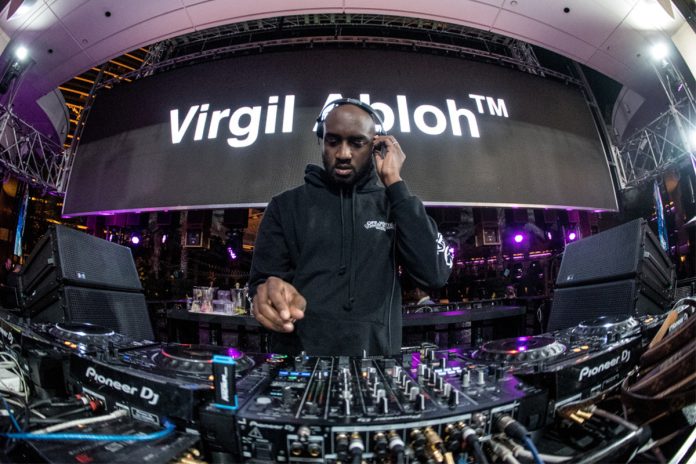 It was hard to look at any form of news outlet or social media platform and not see the name Virgil Abloh yesterday. But, that’s not even just for yesterday. The man was iconic and influential man in many aspects of our lives whether we were aware of it or not. He has sadly passed away from privately battling a rare form of cancer, cardio angiosarcoma, at just 41.

Virgil was born in Rockford, IL and attended the University of Wisconsin-Madison for civil engineering and later the Illinois Institute of Technology where he received his masters in architecture. While at IIT, he started designing t-shirts and writing for fashion blogs. Shortly after, he met Kanye West in Chicago and he took off from there. He later interned at the fashion label, Fendi, amongst other passion projects including working for West at creative content company, Donda. He was also the creative mind behind much of the imaging for the Swedish House Mafia reunion in 2018.

What he was and is most known for is his own label, Off-White. It didn’t take long for it to go worldwide. Through Off-White, he was able to partner with Nike, Gucci, and even Ikea. Later in 2018, he was named the Artistic Director for Louis Vuitton. He’s designed and dressed for countless celebrities during the most pivotal and historical moments in their respective careers.

Additionally, he was extremely passionate about music and DJing. He consistently played at house parties throughout high school and college. Virgil stated that his biggest influences included A-Trak, Benji B, and Gilles Peterson. With residencies all over the world, he was a very busy man. He was widely respected by many DJs in the scene. He was exceptionally close with Boys Noize, even putting out a track together “ORVNGE“. Tomorrowland even asked him to come play the festival at the mainstage in 2019!

It seems that it was a shock to everyone. Colleagues and fans far and wide have been posting their condolences. Nastia and Anna Lunoe posted tributes to Instagram that conveyed their sadness along with Seth Troxler. It’s hard not to be affected by his passing, even just seeing the tributes and photos all around. Virgil leaves a wife, Shannon, and two children, Lowe and Grey.