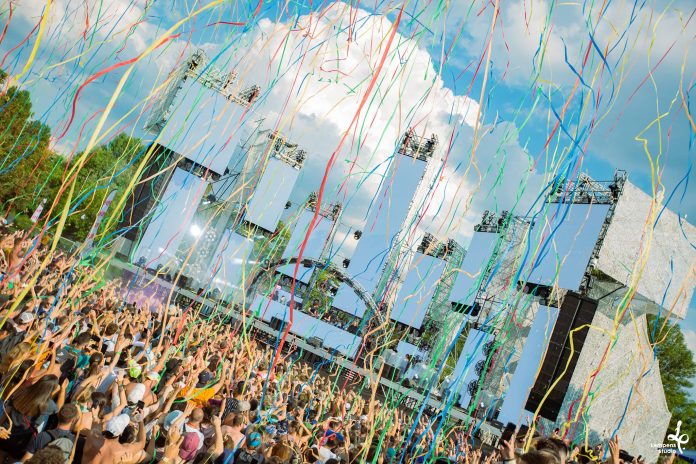 It was one of the most expected comebacks of the French scene, Parisian festival Elektric Park held an amazing 2021 edition, and we were there to cover it.

This year, Elektric Park was celebrating its 11th anniversary. This celebration comes with a 2 years delay after two canceled editions due to the ongoing covid situation. For this comeback, organizers went all-in and offered a two-day festival instead of the usual one-day event.

When you talk about doubling the duration, it goes with doubling the lineup, and the team delivered. With 4 stages, a broad genre spectrum of electronic music, everything was there to celebrate this 11th anniversary.

The yellow stage of Elektric Park was basically the main-stage during the whole weekend. It was the perfect spot to enjoy headliner acts such as Vintage Culture, Busy P B2B Molecule, Bob Sinclar, Kungs, Purple Disco Machine, The Bloody Beetroots, and the events boss and french icon Joachim Garaud.

From Pyro, flamethrowers, and confetti, organizers didn’t miss a chance to deliver an amazing show and make the main stage as beautiful as fans would wish it to be.

After seeing some great names on the yellow stage, you might want to go a bit harder. No worries because the Red stage had everything you would need for that. World-class acts were turning the little Parisian island into a major hardstyle hot spot for the weekend. From, Sefa, to Damien RK, Miss K8, to The Sickest Squad, these artists -along with the energy-filled crowd- made this Hardstyle stage a success.

The first day ended with a great B2B show by Dr. Peacock and Billx putting everyone to bed and ready for day 2.

The blue stage had its say on the festival’s genre offer. Bass music and Drum’n’Bass were the main themes on this one. Fans were able to go full energy and headbang their way through the day with acts by Basstrick, Koos, and Aazar B2B Sikdope. After sunset, it was up to Drum’n’Bass to take it from here. The crowd got to dance to Black Sun Empire, for one of their rare appearances on the French scene.

The D’n’B legend Andy C was replaced last minute by Koven. With such a name to fill up for, the stakes were high for Koven, but the UK artist definitely got the job done, for one of the best shows of the weekend. For the closing, the secret guest was revealed to be Dirtyphonics B2B Funtcase with a set filled with D’n’B and Dubstep bangers.

On Day 2 The Red and Blue stages were replaced, letting a new Orange Stage take over with a Spy Trance lineup.

Even being one of the smallest, this stage was the techno go-to during the whole weekend. In addition, it was the label stage for Joachim Garraud’s underground label UndGrdMusic. He also performed a special “Back In Time” set with an amazing throwback vibe.

Attendants were also able to purchase a ‘Back-stage’ access with their tickets. This allowed them to access a back-stage area, with a dedicated stage. After the festival was over, the spot offered an after-party show where attendees could keep raving, chill, and maybe even bump into their favorite DJ.

To sum it up, and on top of what the stages had to offer, Elektric Park delivered an amazing production, a tight organization, and a great staff to make it all happen. Everything was there to make this 11th year and Elektric Park 2021 a success. Thus welcoming its festival-goers again after a two-year hiatus.

Two years of silence for the Parisian Island, which has decided to make up for it with two days instead of one. We and the party-goers absolutely loved the new format, and it seems like we already have a date for next year, the beginning of September 2022, for another 2-days edition. We’re already looking forward to it. 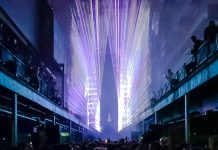