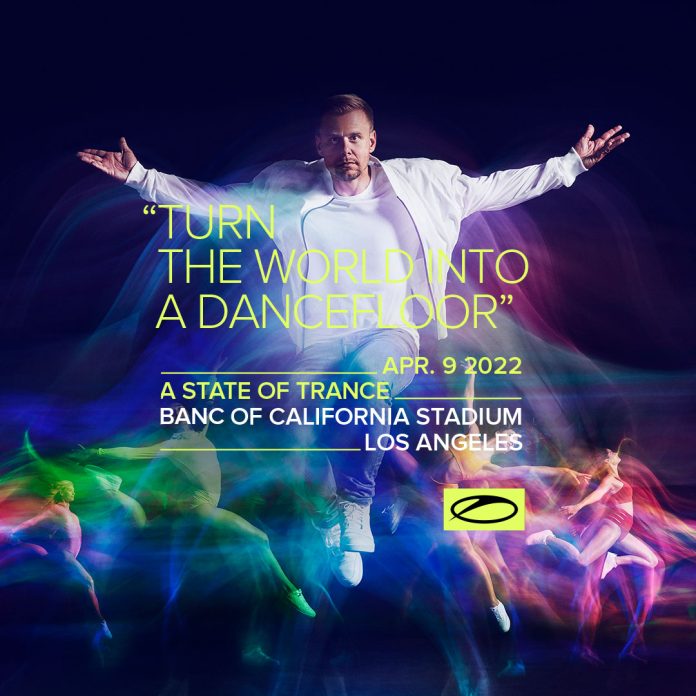 Every now & then we see an artist quite literally take their respective genre, and put it on their shoulders. One such artist whose done just that, is none other than Armin van Buuren. The genre? Trance. For proof of this, look no further than his weekly ‘A State Of Trance’ syndication, other wise known as ASOT.

Armin’s ‘A State Of Trance‘ originally started on June, 1’st, 2001. Having said that, since then, the he’s held exactly one thousand and one episodes of the highly coveted radio shows. To celebrate the 1000’th show, ASOT 1000 was originally going to be held in Jaarbeurs Utrech on September 3’rd & 4’th of this year. We later learned that this would not be happening, and instead would be rescheduled to n postponed to February 18th and 19th, of 2022. Now, it seems as though the celebration will continue on as a special ASOT 1000 show was also scheduled for Los Angeles.

“Los Angeles, we’re coming for you! Mark your calendars: on 9 April 2022 we’ll take over the Banc of California Stadium for the celebration of ASOT1000!”

If you’ve been to the Banc of California Stadium in Los Angeles, then I’m sure I don’t need to tell you how amazing it is. If you haven’t, just know you’re in for a treat. While not much else is known about the event at this time, I’m sure it will be a great time. I say this, as ASOT is known for putting on some of the best events around.

For more information, be sure to check out the official ASOT website here. While you’re at it, tune into the ASOT radio here, as well, enjoy! You can find the original post, here. See you there.