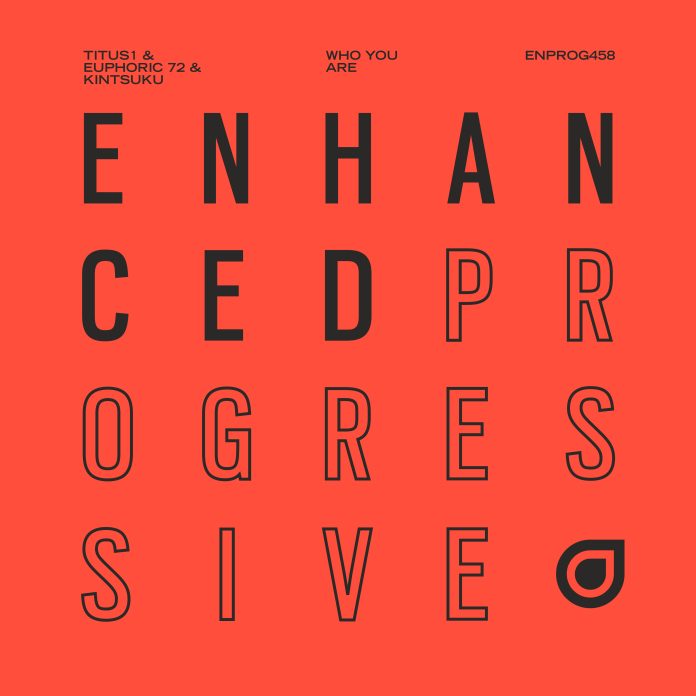 A new progressive anthem has been flowing around big name CDJs and radio waves this past week. If you haven’t heard it yet, you’ll want to change that asap! Titus1, Euphoric 72, and Kintsuku dropped their latest heater last week titled ‘Who You Are’ and its a smashing success of a collaboration. The record already gained support from the likes of Armin Van Buuren on A State of Trance and Above & Beyond on Group Therapy. Subsequently, this massive record released on Enhanced Recordings is exploding across radio airwaves and playlists around the world.

The trio of talented acts bring together soaring, angelic melodies with a grandiose, gnarly progressive trance sound. The production on ‘Who You Are’ from Titus1 and Euphoric 72 is masterfully executed. The distorted sonics merge together effortlessly with Kintsuku’s sublime, breathtaking vocals. As the track progresses, the beautiful harmonies build and release into an epic electro bass drop filled with energy. The drums are filled with complex fills and punchy rhythms that drive the bass.

Be sure to check out our number one progressive pick for the month! ‘Who You Are’ by Titus1, Eupohic 72, and Kintsuku, out everywhere now!