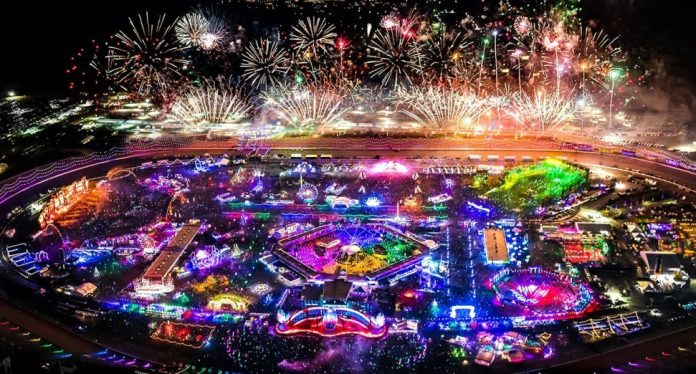 EDC Las Vegas is finally returning, with a stacked lineup that is guaranteed to help kick off this year’s 25th-anniversary celebration. From over 100+ DJs to choose from, we at EDMTunes are looking at the top music performances that are sure to make your festival experience much more memorable. Here are the major acts headliners shouldn’t miss during this year’s event.

Who’s ready to be put in their feels? SLANDER and Said The Sky are joining forces to close out this year’s EDC Las Vegas. For our melodic bass music fans, it is obvious why this set is one that can’t be missed.

Power duo SLANDER is known for creating some of the most emotional tracks that are almost always guaranteed to become a fan favorite. Combine these guys with Said The Sky, one of the first official sadbois in the dance music community, their music’s emotional impact is sure to be much heavier than they could ever do alone.

Lane 8 is known to defy the laws of dance music with his unique sound, which consists of heavy synths and a mixture of ambient music. With the recent announcement of his next album Reviver, which is set to release next January, Lane 8 fans are sure to be in for a treat during his performance. Certainly, especially since this is EDC Las Vegas after all, he will be teasing some tracks off the album, along with his first album single “Reviver.”

If you are in for a great time or just looking to calm down from the heavy music that is sure to be played at the festival, Lane 8 is the best for that. Get ready for this renowned producer to take you away like you never have before.

Another great performance for our melodic bass music fans out there. Dabin is known for creating some of his best work with the help of his skillful guitar playing. Combine that with some piano and dance music, you’ve got the perfect song to put you into your feels.

With the recent release of his album “Between Broken,” which many can say is one of his best creations to date, fans can expect the music producer to play some tracks off the record. Not only that, but Dabin did recently share on Twitter that he will be adding songs from his album “Wild Youth,” including the beloved track “Alive.”

Now, this may just be because I’m biased, as Seven Lions is one of my favorite music producers in the game, but this set is one that truly cannot be missed. The Ophelia founder is known to bring some of the largest crowds at EDC whenever he is set to perform. This is because he is known for taking fans on a true spiritual journey with the help of his melodic tracks.

The lion head recently held Chronicles III at The Gorge, leaving many fans wanting more. With EDC Las Vegas, it is sure to be the same, as he is known for creating some of his best sets at the Nevada music festival.

Australian band Pendulum is making their return this EDC Las Vegas with their latest music concept “Trinity.” This showcase will guarantee fans some new music the trio has been working on for some time. Not only that, but headliners can expect to hear some classics, such as their adored single “The Island.”

Known as one of the most iconic groups in dance music, these guys are not one to be missed, especially if you haven’t seen them before. They are sure to bring a true one-of-a-kind production to the event.