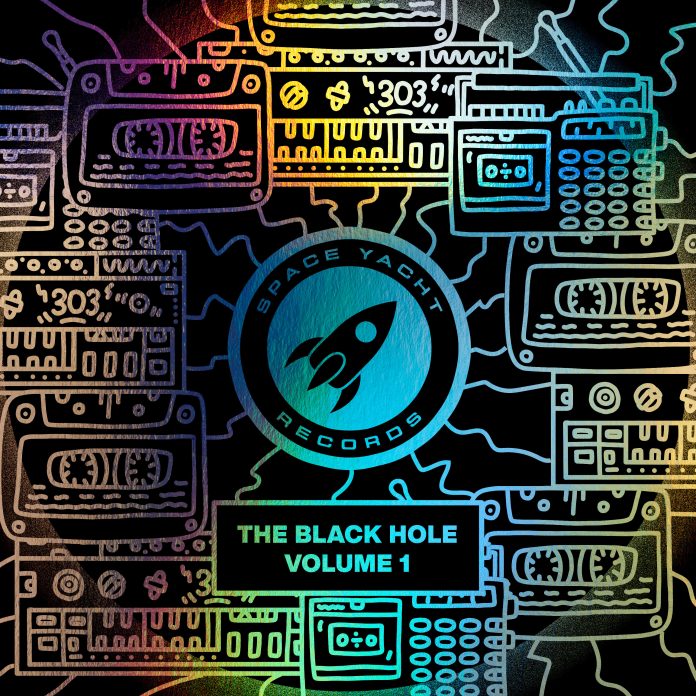 Space Yacht is back at it, and we couldn’t be happier. In the past we’ve covered their events, as well as their compilations, to include the ‘Tech My House‘ series. Today, we bring you news of a new compilation, featuring a whole new genre. The genre in question is techno, and the compilation itself, is titled ‘The Black Hole Vol. 1‘. For this compilation, Space Yacht teamed up with techno savant, HELLBOUND! in order to find, and put out 10 of North America’s finest techno tunes. If you’re into techno, you’re going to want to check out ‘The Black Hole Vol. 1‘..

In familiar fashion, the folks over at Space Yacht found the impressive demos found on ‘The Black Hole Vol. 1‘. from their own network of producers. In addition to this, they also utilized their legendary Twitch music show, Tune Reactor, along with help from HELLBOUND! in order to curate the actual track-list. When asked about working with HELLBOUND! on the compilation, SpaceYacht co-founder Henry Lu had the following to say:

“We’ve known HELLBOUND! since the inception of the project, and we’ve witnessed his growth as a producer and DJ,”

“He has an immense drive and desire to be a key player in the American hard techno scene. We’ve had the pleasure of debuting the first HELLBOUND! West Coast US DJ performance, and now we have the honor of bringing him on for his Space Yacht Records debut in a big way.”

In regards to the compilation, Henry following to say:

“We’ve been honored to organize some of the first events in the Western US for brands like mau5trap, the late i_o (rest in peace), and HELLBOUND! Now that we have our label division, being able to put out a whole cohesive compilation dedicated to this sound is a milestone for us.”

The compilation features various up-and-comers, to include DRAKK with the sinister “Voices,” followed by fellow rising producer BRVMES’ warehouse-ready “Acid Family”. The compilation features Los Angeles rave spokesman REVEL’s rabid “REVOLUTION303,” a surefire anthem for late-night dance floors around the world. If you’ve ever been to a Space Yacht party, I’m sure you know the quality of the music found at their events. This compilation is no different. When asked about the comp, HELLBOUND! had the following to say:

“I believe we’re at a pivotal point in time in dance music, and it’s incredibly important for good teams to join forces and push these sounds in the states,”

“Strength in numbers is very real. It’s been my mission over the past couple of years to really drive the techno sound in America as much as possible, so this compilation was a ton of fun to work on. It features some of my favorite up and coming acts in the space with ZERO SKIPS. Ready for the club, warehouse, or festival stage.”

After having given ‘The Black Hole Vol. 1‘, i can assure you that the compilation is stacked form beginning to end. Having said that, I’ve included the track listing below, for your viewing pleasure. Check it out, I think you might like what you see, and later hear.

Space Yacht’s ‘The Black Hole Vol. 1‘, curated alongside HELLBOUND! is out now on Space Yacht Records, and can be streamed below, enjoy!