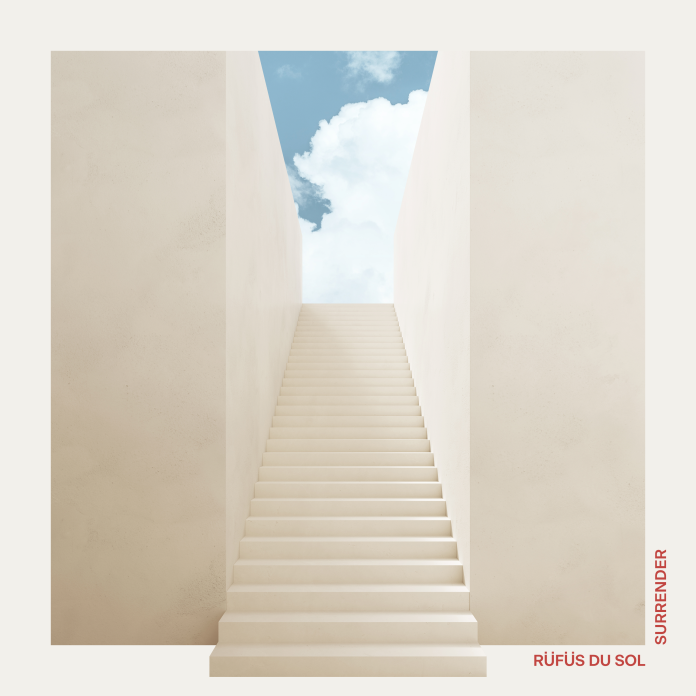 Get ready because your Thursday is about to get much better. After releasing three outstanding new singles, RUFUS DU SOL has finally released the band’s 4th studio album, Surrender. The band ended up writing a large majority of this album in Joshua Tree, California during the lockdown. Once again, they come when we need them most and deliver an album that is guaranteed to land on many Top Albums of 2021 lists as the year winds down.

RUFUS DU SOL has carved a unique niche for itself as a rock band in the electronic music world. It’s that intersection of the real world and technology that feeds the ambitions of this group. The amazing thing about RUFUS is the way they create tracks that all have an “instant classic” quality to them. The lyrics are infectious and you will find yourself belting them out after only a few listens.

The album starts off with ‘Next to Me’ which may be one of the best tracks on the album. It kicks things off on a hopelessly romantic note, but the entire album is a roller coaster of different emotions. In keeping with what many of us were feeling in 2020, the album reaches for the dark and brooding with tracks like ‘On My Knees’ and ‘Wildfire’.

The band also released the music video for the next single, ‘I Don’t Wanna Leave’ today, which is designed to resemble a RUFUS DU SOL live performance. The music video and complete album are available below!