When talking about Los Angeles, it can mean a lot of things. Los Angeles County is the most populous county in the United States. Most people don’t realize however, that Los Angeles City is also just one of 88 cities in this enormous 10,000,000 person County. When laws come out, it can be difficult to know if it is a County Law, or City Law.

For Example, Beverly Hills, Santa Monica, and Manhattan Beach are all their own autonomous regions that can make their own laws and ordinances. When the County makes a decision, every city must listen. But when the City does, these other smaller independent communities can make up their own minds of whether or not they want to follow suit. Generally these other cities within the county will follow the lead of Los Angeles City Mayor Eric Garcetti. But with much controversy surrounding the pandemic, this is not always the case. And the difference of opinion has made Southern California local politics a very interesting case study.

In a 11-2 vote, the City Council of Los Angeles has enacted a mandate that all patrons visiting indoor bars, arenas, and nightclubs must be fully vaccinated by November 4th. Business who do not follow this protocol will be subject to fines starting at the end of the month. This would include all eligible persons, which at this moment are people aged 12 and up.

These are considered some of the strictest measures in the whole of the United States. Some critics of the mandate charge that this will lead to segregation, and others are calling it unenforceable. Those in favor speak to the improvement of public health and safety measures necessary to reduce the surges of Covid-19.

The City of Los Angeles is currently “under a state of emergency”. There is a provision in the mandate that when that status lifts, so will the vaccine mandate. For those with Religious and Medical exemptions, a written exemption will allow them to access outdoor facilities. But, a 72-hour negative test is still required to get them inside.

LA County also has its own sweeping vaccine rules that apply to the city of Los Angeles and surrounding communities. However, these rules are less strict. Currently 78% of the ten million residents have received at least one dose. And hospitalizations have decreased by roughly 50% since its peak in late August. It is unclear yet, if these other communities will follow LA City’s ordinance. Time will tell. 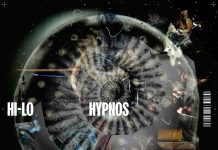