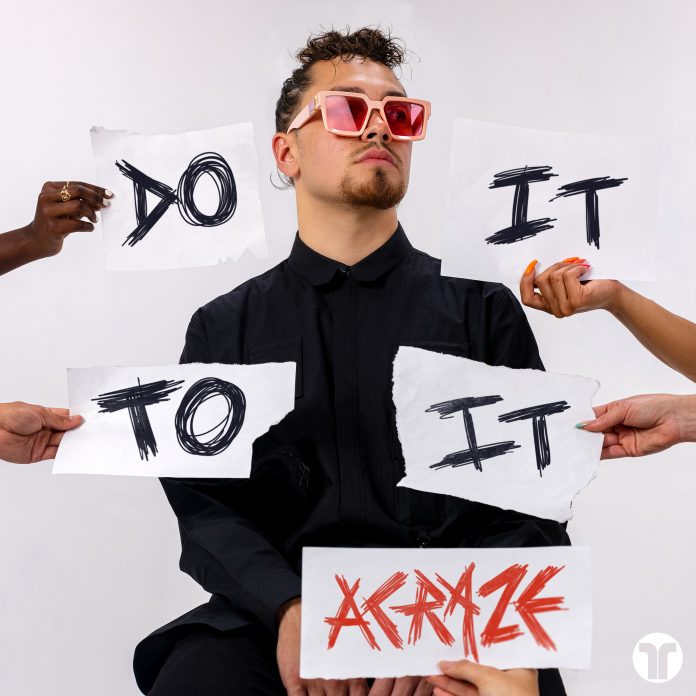 Every now & then you come across a song that you just can’t get enough of. Today, is one of those days, and the artist in particular is that of ACRAZE. In the past, we’ve seen ACRAZE team up with 4B on their track called ‘Bang Bang’. Today, we bring you news of his latest solo track called ‘Do It To It‘ (ft. Cherish). If you’re a fan of ACRAZE, you’re going to want to check this one out.

During a recent show at The Brooklyn Mirage, the legendary DJ Snake invited ACRAZE to join him on stage at a few weeks ago, DJ Snake had the following to say:

“Not going to lie, this is the f*cking song of the summer”

Staten-Island born Charlie Duncker also known as ACRAZE is skyrocketing in the electronic music world with his energy-infused sound and versatile style. The DJ, producer, and songwriter has recently transitioned from his heavy-hitting bass sound to a more genre-defying blend of house. Ready to take this sound to the next level, ACRAZE aims to have the mind of a visionary. The boundary breaking artist has previously run a global festival circuit taking the stage at EDC, Sunset Music Festival, and more.