Home Events Flosstradamus and Shaq Lit Up Boston at Big Night Live this Past... 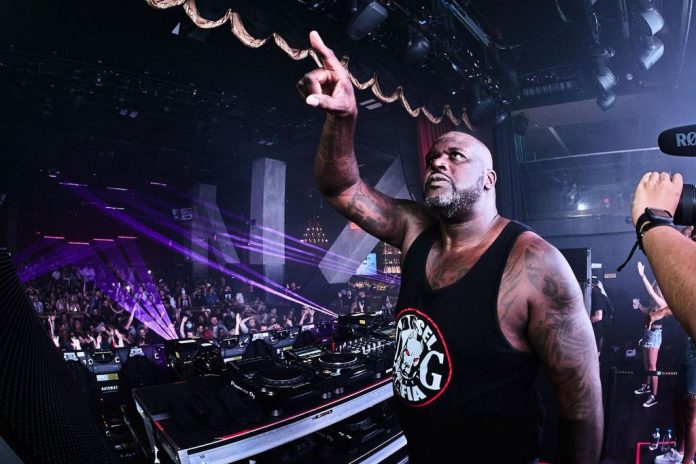 This past weekend, Shaquille O’Neal brought his DJ Diesel act to Boston’s elite nightclub at Big Night Live for an insane night of ground trembling and neck-breaking bangers. In typical Shaq’s Bass All Stars style, the night wouldn’t be complete without bringing along some of his friends and this time it was none other than the insanely talented Flosstradamus.

Big Night Live has emerged itself as Boston’s crown jewel nightclub and the place to be during your weekends. This past Saturday was no different as Flosstradamus and DJ Diesel made their way to town to perform at the venue. Floss has brought us some of the most iconic anthems to ever grace the dancefloor so once he took the stage, the room exploded in a thunderous ovation. Throwing down a combination of hip-hop, trap and just overall some nasty bangers, Floss got the whole room jumping throughout his whole set.

As 12:30 struck, it was time for the main event to take the stage. Once the curtains rose up, the Big Diesel, Shaq, overtowered the stage and the bangers begun. Big Night Live is one of those unique nightclubs that just serves the perfect balance between a posh nightclub and also a rave venue. For those who were there to get down to the music in style, the VIP tables offers an unforgettable experience and for those who just want to rage it up, there were nonstop mosh pits throughout both Floss and Shaq’s sets. To add on to the madness, fans were invited on to the stage to perform stage dives into the crowd where mosh pits were happening all over the dancefloor.

Midway into Shaq’s set, he invited his friend, Floss, up to the stage for a bit of a B2B. The artists lit up the room literally as they commanded the crowd to hold up their phones and wave back to back. It was safe to say that the fans in attendance got their money’s worth as Floss would take the stage a few times throughout the rest of night to perform B2Bs with Shaq. From confetti and air cannons to intense laser shows and massive LED screens, Big Night Live certainly had everything a fan would want from a venue.

To close out the evening, Shaq even joined the fans in attendance by entering the mosh pit himself for a wild finale that had all the fans vibing along with the headlining act. If you’re anywhere in the Northeast, Big Night Live is definitely a venue you have to check out. Take a look at the ongoing events for the rest of the month and make sure to make your way to this stunning Boston nightclub soon.