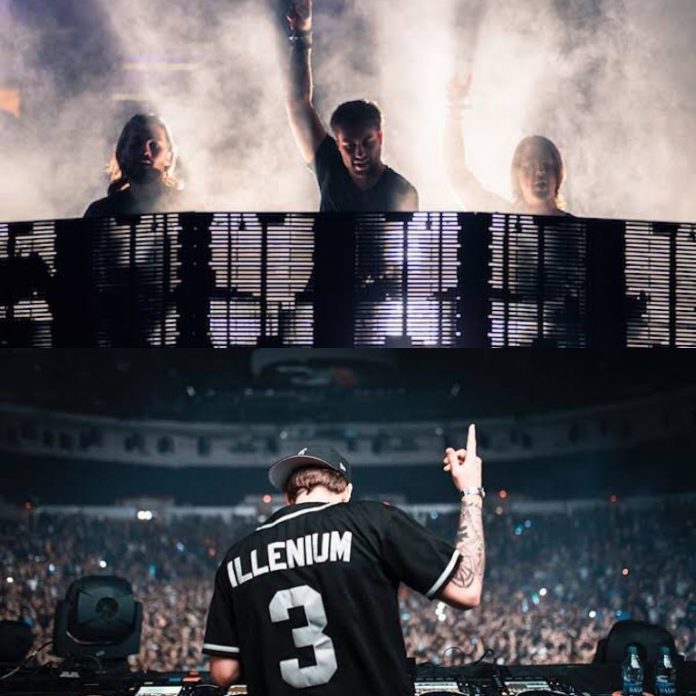 Yeah. That would‘ve been a good title. Lots of readers. And definitely another unexpected turn by Swedish House Mafia. The actual news, however, is still pretty much a surprise. Illenium, in my opinion, is one of the main pillars of today‘s EDM movement. His take between bass music and future bass, along with a sprinkle of pop music helped redefine the current market. Now, he‘s leading the charts along with one of, if not the biggest representative of EDM during the last decade: Swedish House Mafia. Since the Swedes’ return, it‘s been nothing but top of the charts for them. Together with Illenium, Swedish House Mafia proves that, when well done, a comeback will make everyone go crazy.

This month, the Swedish House Mafia officially made its return with 2 brand new fire songs. ‘It Gets Better’ and ‘Lifetime’ proved the SHM is locked and loaded, and ready for more. Now, they lead the dance music charts in one of the most successful comebacks in history.

Illenium, along with Seven Lions & Slander currently leads one of the most successful genres in today’s dance music industry. More so, his specific take on melodic bass allows him to join forces with some of bass’ big weights.

I don’t believe we’ll get news from a collab between Illenium and Swedish House Mafia. It’d be quite the experiment tho. However, these four artists show us a very important lesson. As long as you’re doing what you want, you can make it to the top. I might not love the evolution Illenium has gone through. However, I won’t ever dent he’s doing exactly what he loves. Just like the Swedish House Mafia. Their new music is not for everyone. Still, if you’re looking for a brand new sound, which still has an old-school vibe to it, you’ve come to the right place.