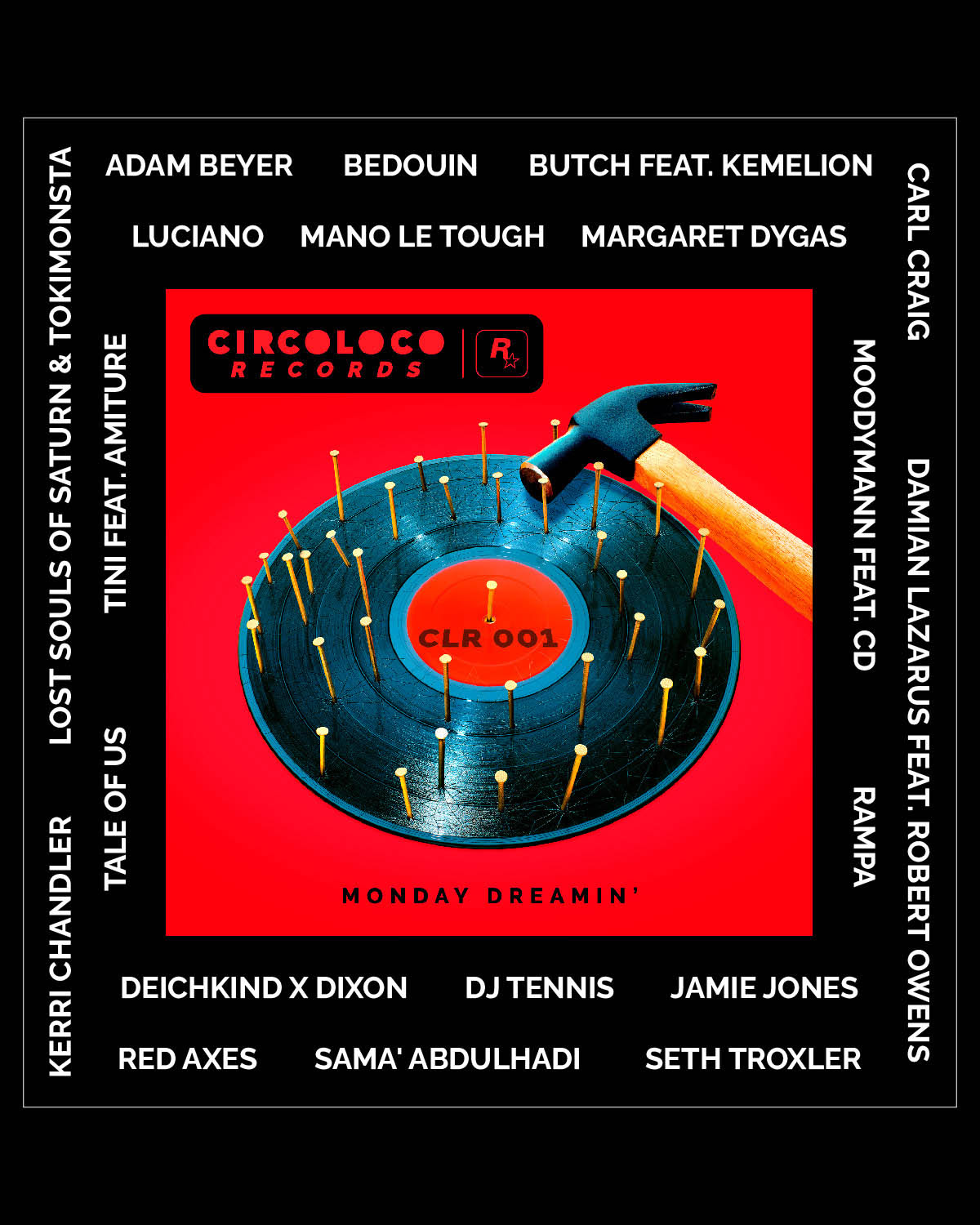 CircoLoco, one of the most global and influential club brands, unites with Rockstar Games, who have created some of the most popular video games in the world such as Grand Theft Auto (GTA), to create a brand-new label called CircoLoco Records!

For those of you unfamiliar with Circoloco, they were founded in 1999 and first took place in Ibiza, but since then have become a fully international brand, boasting huge parties with the likes of Seth Troxler, Loco Dice, Tale of Us, Damian Lazarus, Jamies Jones, The Martinez Brothers, Peggy Gou, Amelie Lens and many more!

The new label plans to release a number of EPs from their highly eclectic roster, Monday Dreamin’ Blue EP is the first and will be released on June 4th. The EP will feature new tracks from Sama’ Abdulhadi, Kerri Chandler, Rampa, and Seth Troxler alongside a new Dixon remix of Deichkind’s “Autonom”.

You can listen to “Lumartes” by Seth Troxler on Spotify already with the link below!

Future EPs from the label will be released weekly in the lead-up to the full compilation’s release on July 9th – be sure to tune in!

“CircoLoco has always been about the passion for finding the best music, supporting artists and bringing them to the people in the purest way possible,”

“CircoLoco Records is a natural next step for us, giving us a chance to bring the music we love to people everywhere.”

“Partnering with our friends at CircoLoco is part of our ongoing efforts to find new ways to bring the very best underground music to the widest audience possible.”

CircoLoco Records has all the makings of a cutting edge label and we’re excited to see what the next releases and parties from them are about!