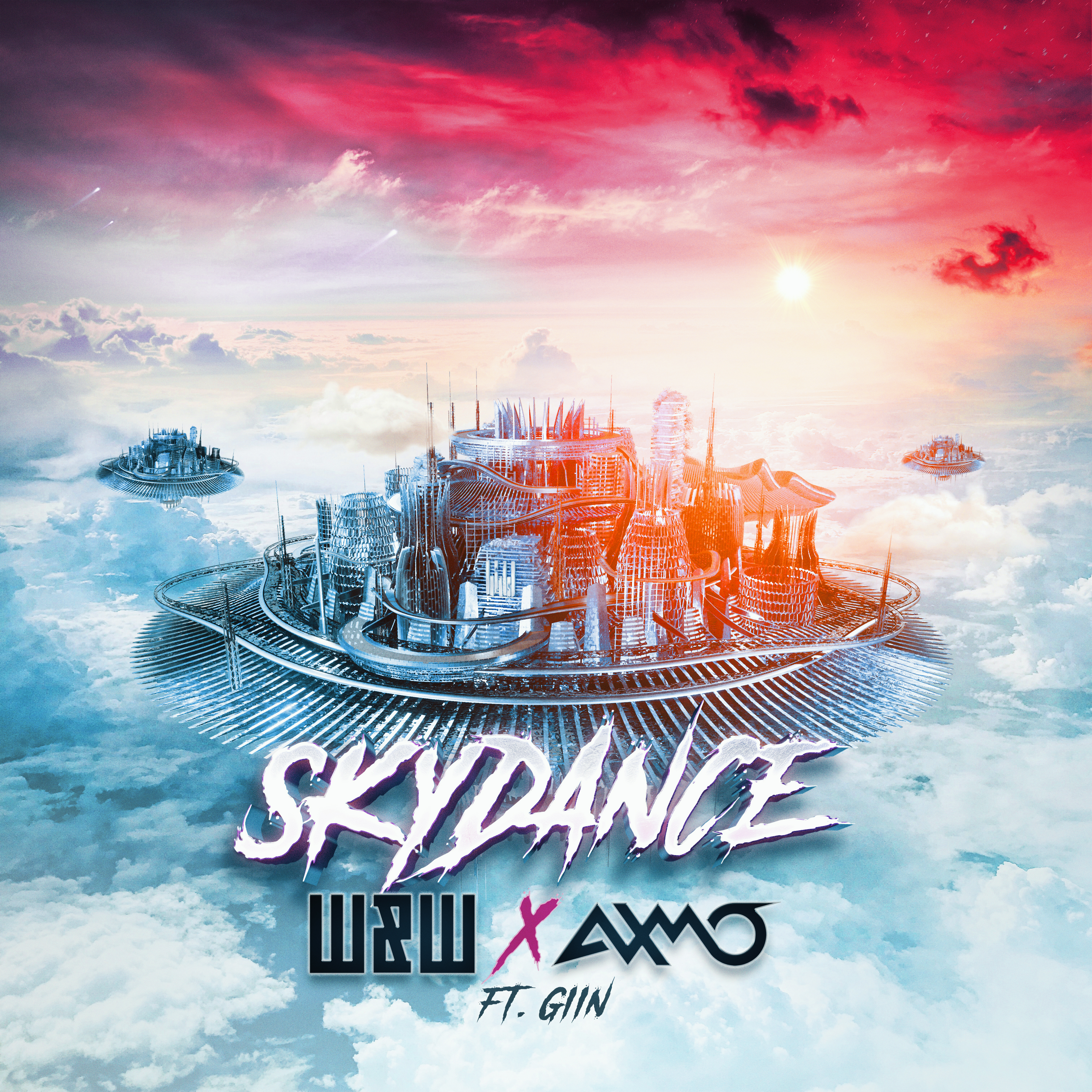 W&W teamed up with German sensation AXMO and singer Giin, for a brand new single titled ‘Skydance‘. This collaborative release follows their previous one ‘Rare Love’. Already amassing over 10 million streams, this next one could do just the same. We see its release on W&W’s newly curated label, Rave Culture.

Firstly, it starts off slow with Giin singing, and it already sounds like it’s going to build up to a hefty drop. They’re bringing back festival season with this one. Secondly, the song is raw and frenetic, showcasing the Dutch DJ duo’s rebellious sound. It’s got happy hardcore elements after the first drop and the animated vocals really tie the piece’s momentum together. It switches between sound styles which is an interesting take on production. The hardstyle percussion comes in at the second drop so this one is for all the hard heads out there. There’s a lot happening with each verse, but it’s notable. We can see this track being played live, as it generates kinetic energy among the masses.

Since quarantine, W&W churned out six singles and four other ones as NWYR. Willem van Hanegem and Ward van der Harst’s unique blend of trance, electro, and progressive house have transcended audiences worldwide. The Dutch production duo always performs iconic live performances wherever they go. They’ve garnered support from the likes of Armin van Buuren, Hardwell, Dimitri Vegas & Like Mike, David Guetta, and more. Having used to dominate dance floors and festivals in the past, they’re also innovating in the studio with their bi-weekly radio show on SLAM!. Grabbing over 300,00 listeners per show, their coverage also reaches North America on SiriusXM.

Shifting gears to a new phase of new productions, their Rave Culture label will transcend boundaries and never look back. It’ll show the impact of their NWYR alias and cement W&W’s place among the ranks. As for the German duo, they picked a good team to collaborate with. Both artists’ sounds mesh together for an exciting dance track. Listen to ‘Skydance’ below and dance!