Yeah, you read that right. Surprise B2B announced by two of the strongest dons inside the game right now. DJ Snake and Malaa just announced a surprise B2B will go down tomorrow. If you love French music, this comes as mana from heaven straight into your house. Two of the most dominant DJs in their respective scenes and long time friends finally come together to deliver what we’re sure will be one of the best B2B’s of the live stream era.

Do you see that? DO YOU SEE THAT?! Damn right you do. It’s been almost a year since we had that Malaa B2B DJ Snake at HARD Summer, and now, we’re ready for this. We need this. If you don’t have a lot of knowledge regarding this B2B, let me take you on a small journey. Malaa and DJ Snake, along with Tchami and Mercer have all been friends since they were all kids. Growing up in the streets of France, they all developed their sound and rose to literally, the ceiling of the world.

With their collective Pardon My French, they’ve brought their sound into the forefront of the EDM scene. DJ Snake is one of the biggest artists in the whole world. He gathers billions of streams and views with his tracks and becomes a headliner wherever he plays. Mercer, on the other side, has become the face of the rebirth of disco-house. If you want those club vibes, just go find a Mercer set. That’s all you need. Want something a bit darker? Something underground? Something raw? Look no more. Malaa is your answer. The certified G-house don brings exactly those vibes into his sets. Last, but not least, the creator of future house. The priest. The one who turns every set into a sermon. Tchami. Together, the four DJs take each and every one of their individual talents and turn it into a mega force.

So, yeah, as you can see, PMF gets me really excited. This time, unfortunately, we won’t get all four (still waiting on that guys, love you). However, having 2 of them is nothing short of amazing. Besides, we’ve already seen Malaa and DJ Snake go B2B. The result? House. VIBES. Nothing but the groove. If you want to, you can catch their set here!

Malaa X DJ Snake. B2B. Tomorrow. There’s nothing else you need to know. Be there or be square. 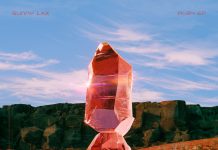