There, I said it. As the latest wave of livestream event announcements hit my social media feeds today (Dreamstate Virtual Festival, Corona Cinco de Mayo Concert), something else hit me that made me feel pretty strange. I realized that I didn’t care at all to make a mental note of them, let alone watch them. This was weird for me, because I’m normally very on top of new music and new mixes or livesets. Then I thought about the number of amazing live stream sets that I’ve scrolled past without a second thought recently. Carl Cox spinning vinyl, Ben Gold performing several Classics Sets, Dave Dresden laying down entire days worth of sets, Calvin Harris playing techno. Generally, this stuff would get me super hyped at a festival. In somebody’s living room though? Mehhhh.

Then I thought about the amount of music I’ve consumed over the past few months since the world shut down. No gym, no parties, no pregames, and minimal driving. If anything there’s chill deep house, melodic techno, indie dance and those types of sounds for lounging around or going for runs. My music habits have totally changed and for the first time in years I don’t have a single ID track I’m chasing or new release I’m rinsing. If somebody asked me to name my top 5 tracks released during the pandemic I couldn’t even name 1. We’re 5 months into 2020 – what do you think is the biggest track of the year? Without live events and congregations, how can there be buzz? Who knows and that scares me.

I shouldn’t feel this way about dance music. It’s one of my passions – so much so that I run a blog dedicated to it. Yet here I am, totally bored by the entire “scene”. Sure there’s been the occasional set that was good or surprising – that Tiesto AFTRHRS stream anyone? But generally the only material resonating is past sets that I attended or wished I had.

It’s making me realize how vital presence and sensory overload are to the dance music experience. To me, my favorite tracks don’t exist in a vacuum. I associate them with a specific place and time when I discovered them. Remembering the feeling of hearing Pryda’s Exchange Finale at Ultra in 2016 brings me joy. The explosive energy reverberating across dancefloors as big room Hardwell tracks dropped to a crazy pyro show at EDC sticks in my mind. I remember being in a sea of lights in the crowd at Tomorrowland as Martin Garrix played “High on Life” to close the festival in 2018. I’ll never forget the way rooms popped off at the precise moment Pleasurekraft’s Space Date remix dropped. I even remember tracks premieres that I only watched on a festival live stream, but I had enough experience to connect with what the crowd must have been feeling as the track played.

It’s that sensory experience that elevates dance music in my mind, making me love it more than other genres. Without that presence, it’s harder to remember anything other than “yeah it was pretty good”. Albums have been released, singles have dropped, but without a series of DJs rinsing the tracks to a captivated crowd it all evaporates by Monday.

You know how you used to send people EDM tracks or maybe more recently techno and they don’t get it at all? You respond with “you have to experience it live” or “you have to be there and you’ll get it”. That’s truer than ever right now, as that magic has slipped away for a bit during this time. Good music is still good music, but right now I’m a much more passive consumer of music than I normally would be. And it doesn’t help that all the sets are on Twitch or Facebook live where you can’t listen while doing something else and you constantly close out of the video by accident and then lose your place before eventually just giving up.

Of course you’re reading plenty of articles about how this is the future of dance music and that VR concerts might become the norm. You’re even seeing pay-per-view home livestreams. I certainly hope this isn’t the future, at least not until we achieve Westworld levels of VR technology. It hasn’t even been two full months and it already feels like DJ sets have been cheapened by their over-availability. Wanna see Above & Beyond play a classics set? It’s happening tomorrow afternoon. Wanna see Gorgon City play for 2 hours? Just change your Facebook channel and it’s happening now. Wanna see Calvin Harris play a full techno set? He’s done 4 of them. Gareth Emery is digging deep for a high-production classics performance that he had been saving for a world tour. I would run to that set at Ultra, but I doubt I would go far out of my way to watch the backyard stream version while I’m at work.

To the artists out there reading this – I’m sorry to say these things. I feel conflicted being such a downer about the current state of our scene and seemingly knocking some of my favorite DJs’ attempts to get through it. It’s nothing personal, as we’re all trying to figure out how to keep it together lately. It’s just a tough reality that I’m coming to terms with. When I realized this and asked my colleagues about it they felt the same way. Would I go to a drive-in music festival like they’re doing in Germany? I’d have to try, but I assume that will be only slightly better than livestreaming.

My advice to DJs out there? Dig into your repositories and upload past live sets that you haven’t shared before. Bring your fans back to a happier time and place in their minds that they connect with. We know you have recordings you’re sitting on and now’s the time to put them out. If you must livestream then get a scenic backdrop that is outside. Save your new bangers for when things come back or risk good tracks being forgotten.

I don’t think my love for dance music is permanently lowered, but it’s just not the same right now. I have no doubt that I’ll be back in full force as soon as events get going again, but until that time it feels like the dance music world is still on pause. 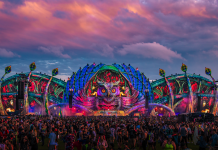 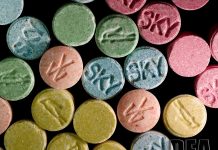 Most Potent Ecstasy Pill in the UK Found