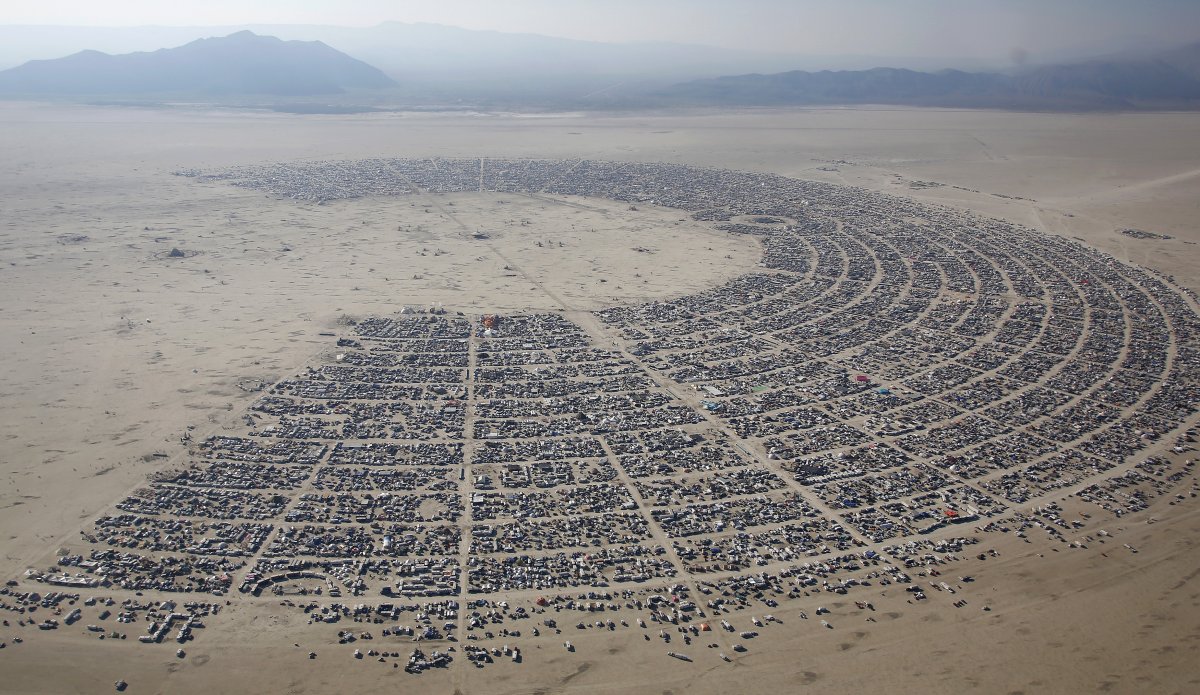 Burning man currently finds itself in the middle of a standoff with the U.S federal government with its future at serious risk. The problems started when the event’s organizer, Burning Man Project, applied for a permit from the U.S. Bureau of Land Management (BLM) to hold the event in northern Nevada’s Black Rock Desert for another 10 years. The BLM responded by issuing a draft of the Environmental Impact Statement (EIS) required for the permit on March 15.

As per the draft, the BLM wants 10 miles of concrete barriers installed on the event’s perimeter for security. Another requirement says that organizers install dumpsters and hire companies to haul out the trash. They also require authorities to be in place to conduct vehicle searches at the gate. Predictably this decision didn’t sit well with Burners & the BLM alike. The Burning Man Project wrote in a fact-checking statement about the decision:

“Many of the measures recommended by BLM are unreasonable, untenable, attempt to solve problems that don’t exist, and/or create new (and worse) problems,”

“For many years, BRC has published and widely publicized a list of prohibited items that are not allowed into Black Rock City, including weapons, narcotics and fireworks. We enforce these restrictions when items are discovered in vehicles during entry.”

“Altogether, these requirements would fundamentally change the operational integrity and cultural fabric of Black Rock City, and would spell the end of the event as we know it,” the group added. “This is not an exaggeration.” 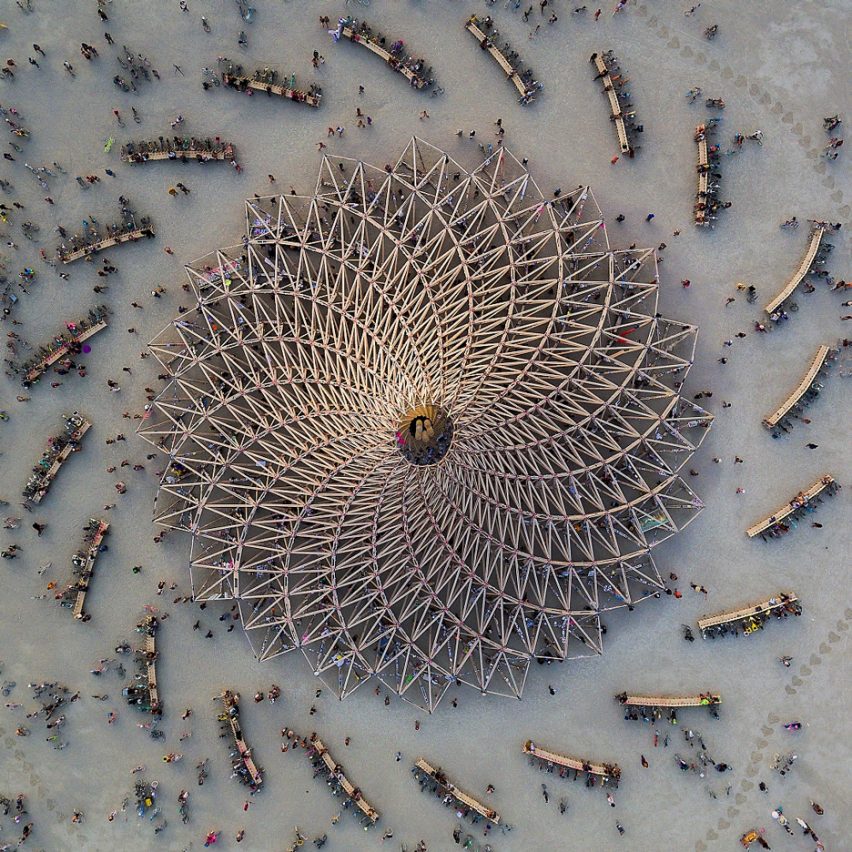 The BLM encouraged Burners and their supporters to submit comments to the agency by a Monday deadline.

“I get they’re trying to save the land but the majority of burners aren’t a——-,” Jessyca Jones, 29, from Salem, Oregon, told ABC News in a message. “We pack it in, pack it out. We have crews literally SCOURING the ground to pick up the tiniest bits of things someone left behind just to make sure the playa is left at its best. We have a trash fence. We have us to keep the perimeter safe.”

Unlike most festivals Burning Man is a “Leave No Trace” event (hardcore burners hate the term “festival”). Here, “camps” form their own communities for a week, share resources and create art together. In the end, there should be no evidence of what happened and the land is supposed to be returned to a cleaner state than before.

Burning Man has been around for nearly three decades. However, the last few years have seen an influx of hipsters, ‘Instagram influencers’, tech moguls and their followers. Collectively they’ve transformed the event into a cultural phenomenon. Thankfully the conditions of the permit won’t affect this year’s event, which is slated for Aug. 25 to Sept. 2. However, it could potentially derail next year’s event.

“We are our own city. We have no government, and I’m not saying it would work in everyday, but keeping the feds as far away as possible from encroaching into the event has worked OK thus far. Now, that’s not to say they aren’t present every year. But they’ve not built a f—— wall around us and it’s been just fine,” Jones said.

This ongoing tussle with the government has taken some longtime Burners by surprise.

“They, Burning Man Project, has worked with BLM together for so long, it’s generally been a very collaborative relationship,” said Cabe Franklin, a New Yorker who has attended 14 times since 2000.

Franklin says he knows that it might be hard for some non-Burners to understand why trash cans are an issue.

“Once you have trash cans, people just dump their trash, people fill them up and they overflow,” Franklin said. “If you know there’s not a trash can you don’t walk out of your tent with your trash. You leave it inside and leave with it. This may sound silly but, say you take cereal, before you go, you take the bag out of the box. You get rid of a lot of excess packaging even if [it’s from] before you get there.” 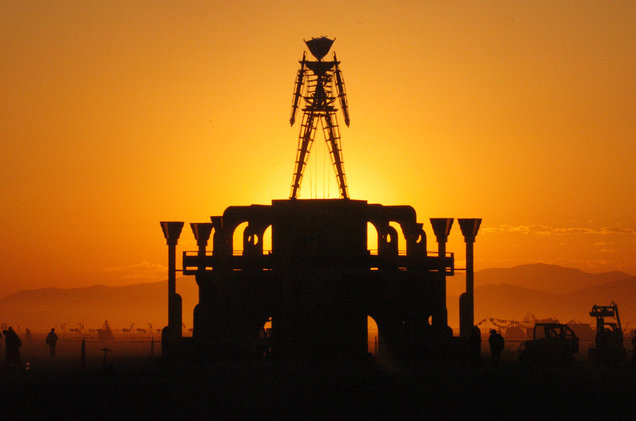 The government also has concerns about lights being used at night. These include large work lights, high-intensity lasers and searchlights. This according to the BLM can disrupt birds and other wildlife and contribute to light pollution. As a result, the proposal to ban or drastically cut down some of the lighting fixtures is on the table. But the Burning Man Project isn’t having any of it. They addressed the issue in their fact checking statement:

“Back on Earth, Burning Man has a robust nightlife which, combined with the artists’ technical creativity and the darkness of the playa, heavily features light-based artwork. The nighttime Black Rock City skyline has become a hallmark of the Burning Man experience, including innumerable LEDs, lasers, and searchlights throughout the city.”

The organizers categorically deny that the night lights affect the local fowl population. “In fact, birds are rarely encountered on the playa in hot summer months,” they said. They also call the idea of vehicle searches at the gate “unconstitutional” and unnecessary.

“For many years, BRC has published and widely publicized a list of prohibited items that are not allowed into Black Rock City, including weapons, narcotics and fireworks. We enforce these restrictions when items are discovered in vehicles during entry,” Burning Man Project said.