Cube 3.0 is set to debut in Virginia Key at Ultra Music Festival Miami this weekend. The long-awaited setup is sure to be a mind-blowing experience for all Ultra-heads in attendance. Obviously, there is a long history behind the magnificence of the Cube. From this, one begins to wonder exactly how Deadmau5 reached this milestone in his stage production. So, let’s take a closer look at where it all began and where it’s at now.

The History Of The Cube

We start this dive by going back to 2010, when Deadmau5 debuted his first iteration of the Cube stage. Whether you caught it at Coachella or at a venue in your hometown, it was something never seen before. In turn, you knew you were witnessing the evolution of EDM in real time. It definitely put Deadmau5 in a class with Daft Punk with regard to his influence on the industry. Ironically, the Mau5head helmet he dons during his sets could probably trace its roots back to the robot helmets Daft Punk wears. Remember, this was at a time when the DVDJ’s were considered to be at the forefront of visual experiences in DJing.

That year, Samantha Oltman caught up with him at Outside Lands Music Festival in San Francisco and was able to get him to speak about the state of industry at the time:

“I’ll fucking shoot myself in the face if I got ticket prices up in the hundreds and I’m sitting there with two turntables, playing other people’s fucking music…That’s just highway robbery; it ain’t right. So if kids want a show, give them a show.” 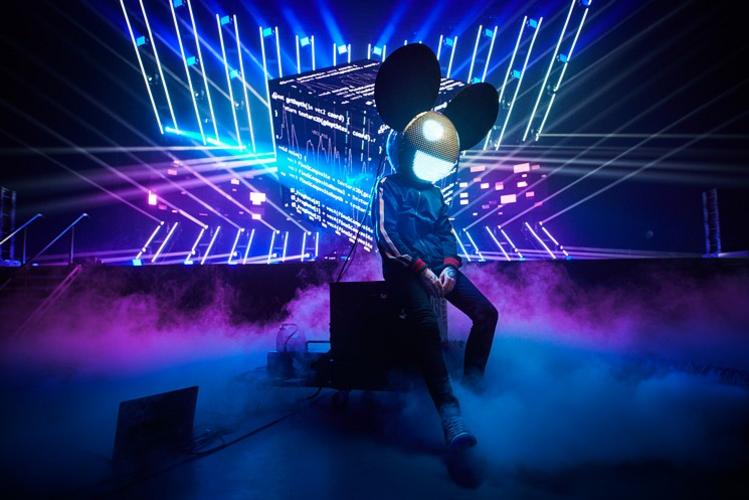 He saw what none of the other high priced DJs did: if there’s no real human quality in the performance (such as singers and instrumentalists), then the production should be next-level. He rolled out his Cube and proceeded to do just that.

Next, he upgraded his production with the roll-out of Cube 2.0 and 2.1 in 2016 & 2017 respectively. At Veld Music Festival, Cube 2.0 took the production to new heights. With rotating parts and more intense graphics, fans the world over had something new to lose their minds to. In response to the high demand, the 2.1 version was rolled out. That model brought a slimmed down version that made the setup accessible to more venues. Thus, the evolution of the Cube has been incremental but ever game-changing nonetheless.

Fast forward to February 2019. In a revealing interview, just days before Cube 3.0’s debut, he sits and talks to Miami New Times’ Kat Bein. She went in on the Mau5 and was able to get a much closer look at the history of the setup. First she details the history of Joel Zimmerman from his days as a web designer to the EDM legend he is today. She even uncovered the nugget of him getting his Mau5 helmet idea from a death-pop singer. Second, she details how part of Deadmau5′ roots came from his coding background. During this time he hones his audio composition skills but was also mastering the visual coding techniques. Clearly, this skill set is what has made the evolution of his Cube stage so seamless.

With just days until Ultra Music Festival Miami and the rollout of Cube 3.0, the excitement is growing again. The latest version will have Deadmau5 completely enclosed in a rotating cube. It is no doubt a sight to be seen taking production to new heights and making us wonder what’s next. Luckily, Deadmau5 announced the Cube 3.0 world tour is coming soon.

Register for your tickets here!