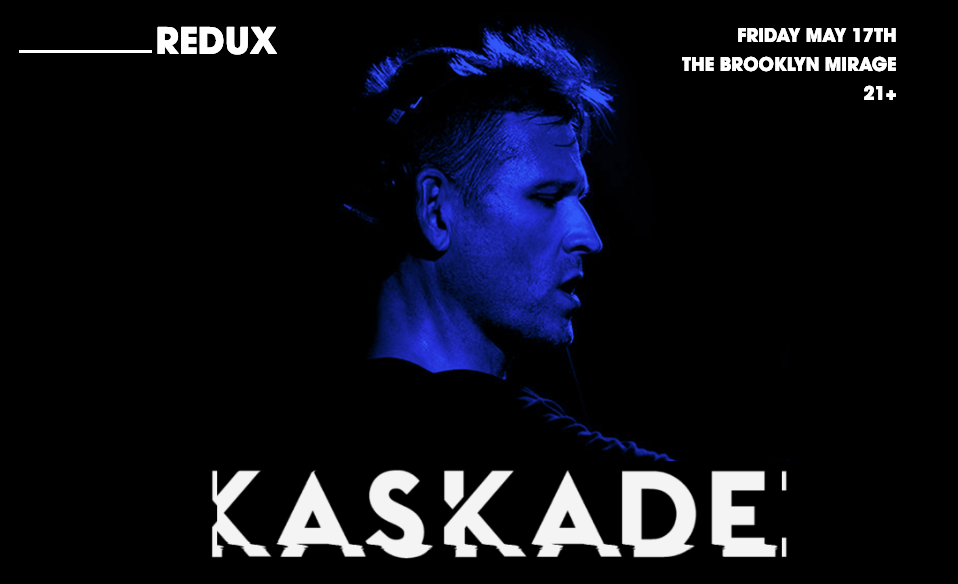 Last month Kaskade announced that his Redux 003 EP will be released this spring. Although he is unfortunately unable to fit a Redux 003 tour into his busy schedule, he also shared that he will be holding one massive celebratory event. If have been paying attention, a bunch of posters started popping up around Brooklyn—SHM style. The stunt was quickly followed by the official confirmation of Brooklyn being the one and only host city.

Fans were left hanging a little high and dry at that time, however, when nothing but a timer was given to countdown the remaining days before the next release of details. The day has finally come and ‘Kaskade Redux Brooklyn Open Air’ will be held on May 17th at the Brooklyn Mirage.

Known as NYC’s biggest music venue, The Brooklyn Mirage is a seasonal open-air event space situated in East Williamsburg, Brooklyn. Taking on the grand presentation of an oasis, it has won the hearts of attendees since its grand opening in 2017. The Brooklyn Mirage re-opens for the season on May 10th, just in time to add Kaskade into the grand portfolio of other renowned artists they have hosted in the past.

Registration for limited pre-sale access is open now at KaskadeBrooklyn.com. Pre-sale starts this Thursday so be sure to get your name down before the counter ends!