Time to Groove! Oliver Heldens is coming into the new year strong with his first track collaborating beside LENNO titled ‘This Groove’. They are definitely looking to get us grooving into 2019. Oliver Heldens has teamed up with LENNO to mesh their styles together. Heldens’ future house stylings we’ve all come to know and LENNO’s nu-disco vibes create an infectious body moving bassline drop that’ll just make you want to move.

This catchy disco future house track finally saw its studio release today after making its live debut back in late August at Heldeep Arena during South West Four (SW4) followed by Creamfields in the United Kingdom. The track gets you moving from start to finish. The tow producers definitely have some serious chemistry between them.

Let us know what you think of this track! Check out Oliver Heldens & LENNO’s ‘This Groove’ OUT NOW on Heldeep Records and get ready to move to ‘This Groove’ 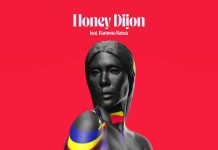