‘Tis the season for unveiling some truly spectacular summer festival lineups! Daresbury’s major dance music event series Creamfields is no exception to this fact. The team behind one of the world’s largest EDM festivals has recently disclosed the first wave of artists scheduled to perform at this year’s highly anticipated edition.

On Thursday, August 22, 2019, to Sunday, August 25, 2019, attendees will have the opportunity to witness guaranteed impeccable sets by some of the biggest names in the music industry such as Above & Beyond, Adam Beyer, Ben Nicky, Camelphat, Carl Cox, Deadmau5, Dimitri Vegas & Like Mike, Fisher, Gareth Emery, Hannah Wants, Hot Since 82, Martin Garrix, Oliver Heldens, Tiesto, and that’s just to name a few! Check out the full lineup below. 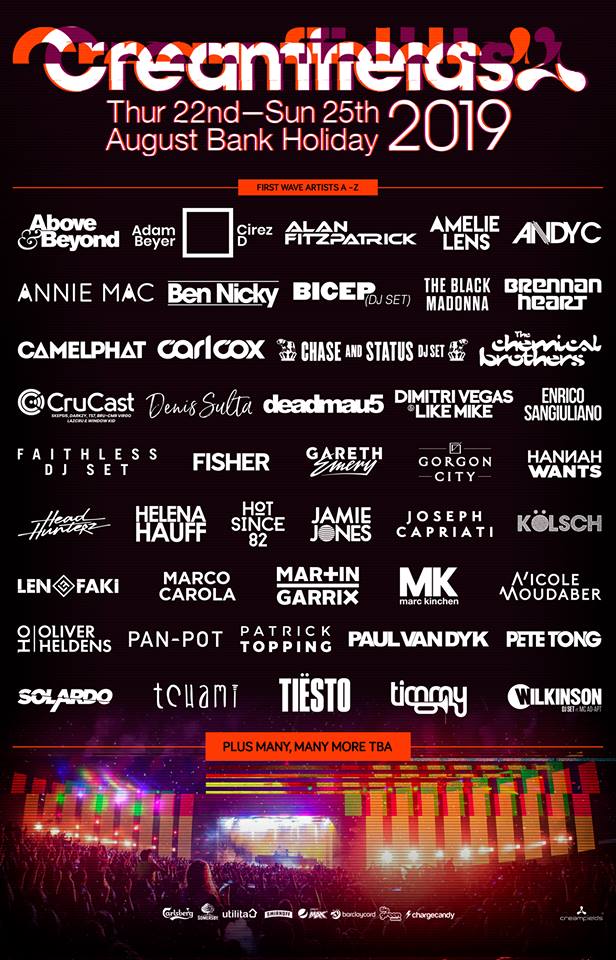 In addition to announcing the incredible list of DJs, with more to be unveiled shortly, a contest has also been released. The rules are simple, all you have to do is retweet the below image, and tag four friends for a chance to win five four-day gold camping tickets.