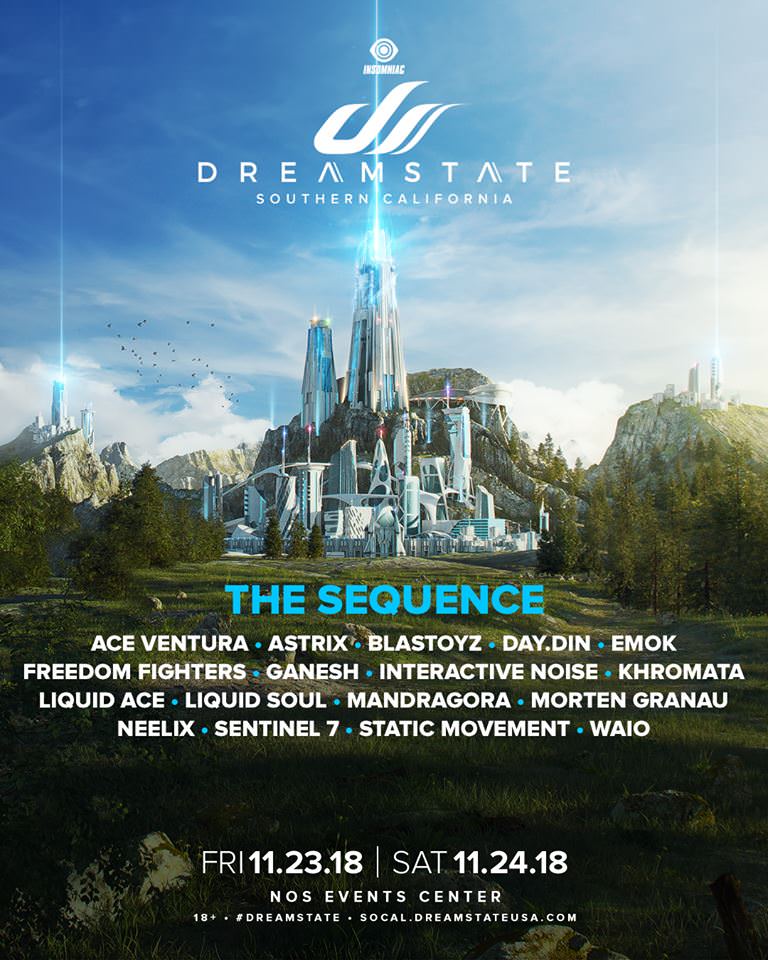 With the recent rise of the Psytrance genre over the past few years, it was only a matter of time before festivals took notice. This is exactly what Dreamstate SoCal has done with their November edition. The festival will features three separate stages, however “The Sequence” stage will now be two full days devoted strictly to the Psy genre.

The Sequence will feature some premium and high-octance 138bpm action all weekend. Some major acts include Astrix, Neelix, Liquid Soul, and Freedom Fighters. Other high-risers such as Waio, Blastoyz, and Khromata will also get their chance to shine.

The high BPM genre has gained a massive following since its resurgence in 2014. Trance acts have devoted themselves to specializing in this sound, and the younger fans have taken notice. While older Trance mainstays such as Ferry Corsten contend that this genre has been around forever and acts should spread their wings across all of trance subgenres, fans continue to flock to all-Psy stages in great numbers.

Armin van Buuren‘s A State of Trance celebrations also feature a separate Psy stage as well. They recently made their Psy Stage announcement, showing just how popular the genre has become. As for Dreamstate SoCal, new Psy act DayDin had this message for his fans via Twitter:

In previous years, Psy acts have cut in-between normal Trance acts, often times providing for a choppy experience. Now, we will see the full power of Psy on display for the full two days, November 23-24. This will be an uptempo party from start to finish, and one you will not want to miss! As we covered in our Dreamstate San Francisco event review, the Psy Stage is a force to be reckoned with.

Check out this playlist created by Sentinel 7 on Spotify, and prepare yourself for the rise of Psy at Dreamstate SoCal!

Tomorrowland Announces CORE Festival In May