The tickets for the coach + entry option of Britain’s renowned Glastonbury Festival went on sale at 6pm BST on Thursday, October 4th. At 6:29pm, the official festival organizers tweeted that the tickets were all sold out.

The Glastonbury 2019 coach + ticket packages on sale this evening have now all been sold. Thank you to everyone who bought one. Standard tickets are on sale at 9am BST on Sunday morning (and @nationalexpress will offer coach travel to standard ticket holders from 75 locations).

That’s right folks. Festival-goers managed to snatch up the approximately 15,000 coach + ticket packages in a span of 29 minutes.

For any fans that were unable to buy a ticket, there is another chance coming. There will be a final round of ticket sales for standard tickets on Sunday, October 7th at 9am BST. This will be for approximately 150,000 tickets and will only be available on Glastonbury’s official ticket website. However, in an effort to prevent scalpers, buyers needed to have registered on Glastonbury’s website by October 1st.

The Glastonbury Festival 2019 is occurring from June 26th-30th, 2019 on the iconic Worthy Farm near Pilton, Somerset. While no official lineup has been announced, there is plenty of juicy rumors spreading around on the Glasto Rumor Mill, with The Cure, Tame Impala, and Kendrick Lamar as speculated headliners.

The popularity of 2019’s Glastonbury Festival should come as no surprise. The festival is a  historic part of British culture, with the first event debuting back in 1970. Additionally, 2018 was a “fallow year,” meaning that there was no 2018 festival in an effort to give the land and locals a break. Thus, all the more reason for festival-goers to be excited about the 2019 festival. 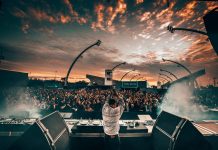 Time Warp Sets Forth For 2022 In Germany and Brazil 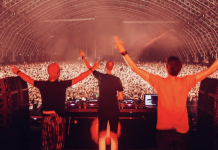