Music festivals have quickly become this generation’s favorite past time. If you’ve ever been to one, you know exactly why. As amazing as festivals can be, their pre & after parties can be just as good.  Some cities such as Las Vegas, Miami, New York, and even Los Angeles are known for their club life. If the city is big enough and has the following for it, they can even hold multiple a night. After seeing what CRSSD Festival has in store for its home city, you can easily add San Diego to this list.

In total CRSSD will play host to 15  Pre/After parties, or ‘CRSSD After Dark‘ events as they are called. The series of After Dark events will run from September 27– September 30. These will be held in various venues across San Diego. These Venues include Bang Bang, Kettner Exchange, El Camino, Vin De Syrah, Music Box, Rich’s, as well as the ever-iconic Spin.

As we’ve already said before, the lineup for the CRSSD Fall Festival runs deep, so this gives them a chance to craft some rather unique parties. While some of the artists will be going solo such as Will Clarke, MIJA, & Cut Snake, others will be sharing the night. For example, one of the shows features Nina Kraviz, Helena Hauff, PTU, AND Wade all on the same lineup. Another features Bob Moses and George Fitzgerald, while a third one includes Mind Against, Matador, Magdalena, and Melé.

These are only a handful of the events, meaning there are many more. So if you care to see more artists such as Yotto, Hayden James, Flight Facilities & Dena Amy after their CRSSD Sets be sure to stop by the Official CRSSD site and get your tickets.

If you’re curious to see who else will be playing at the After/Pre parties you can find that information below. Tickets to CRSSD Festival can be found here, see you there! 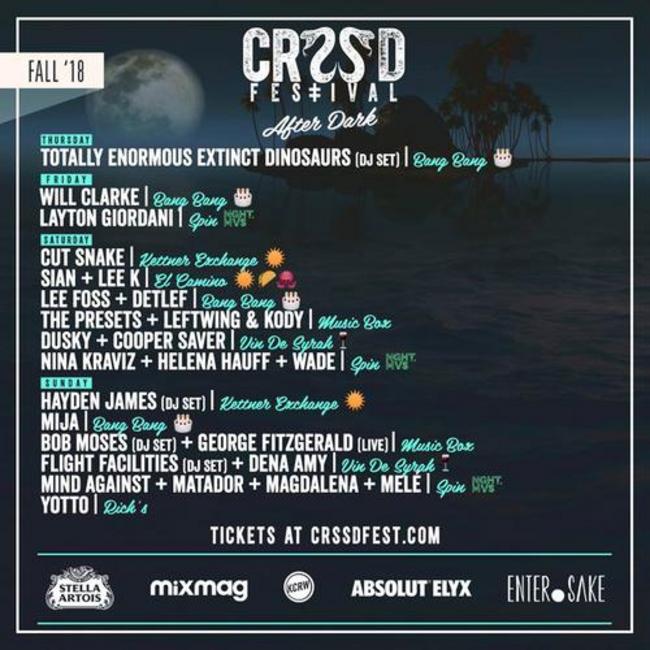 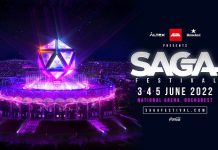