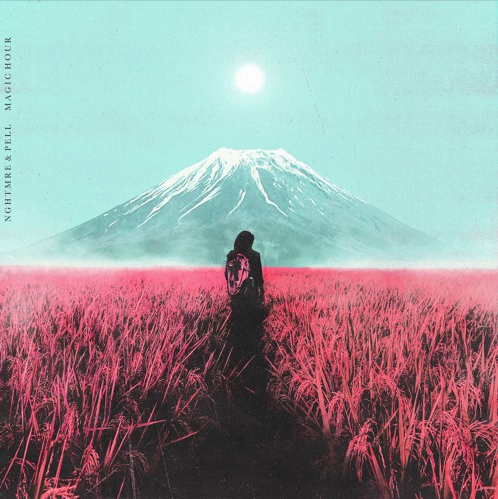 From the way he works, you would imagine that Nghtmre is still trying to make a name for himself. The man has toured the world and played at some of dance music’s biggest events. It is no secret that Nghtmre is one of the most well rounded producers in the world right now, but with his new EP Magic Hour he proves just that.

While this isn’t Nghtmre’s first dip into the world of Hip-Hop, this is certainly his most involved. After having taken a step back from dance music, Nghtmre teams up with Pell to release their EP titled Magic Hour. Pell is an American rapper who is best known for his track ‘Eleven:11’. The track was later remixed by G-Eazy and re-released to the public as ‘Got It Like That (Eleven:11 Remix)‘.

Along with the release, Nghtmre made the following statement to his Soundcloud regarding the collaboration:

“Always loved the vibe that @pellyeah creates in his work! I was honored to hop in the studio him and write some music together !! We are very proud to present the Magic Hour EP. We hope you guys enjoy these two tracks as much as we do!!”

Accompanying their two tracks, the two artist have also come together to release a two part music video for ‘Swiss’ And ‘Lights Low‘ which can be be viewed here. The EP was released on Diplo’s Mad Decent Label and can be heard below.