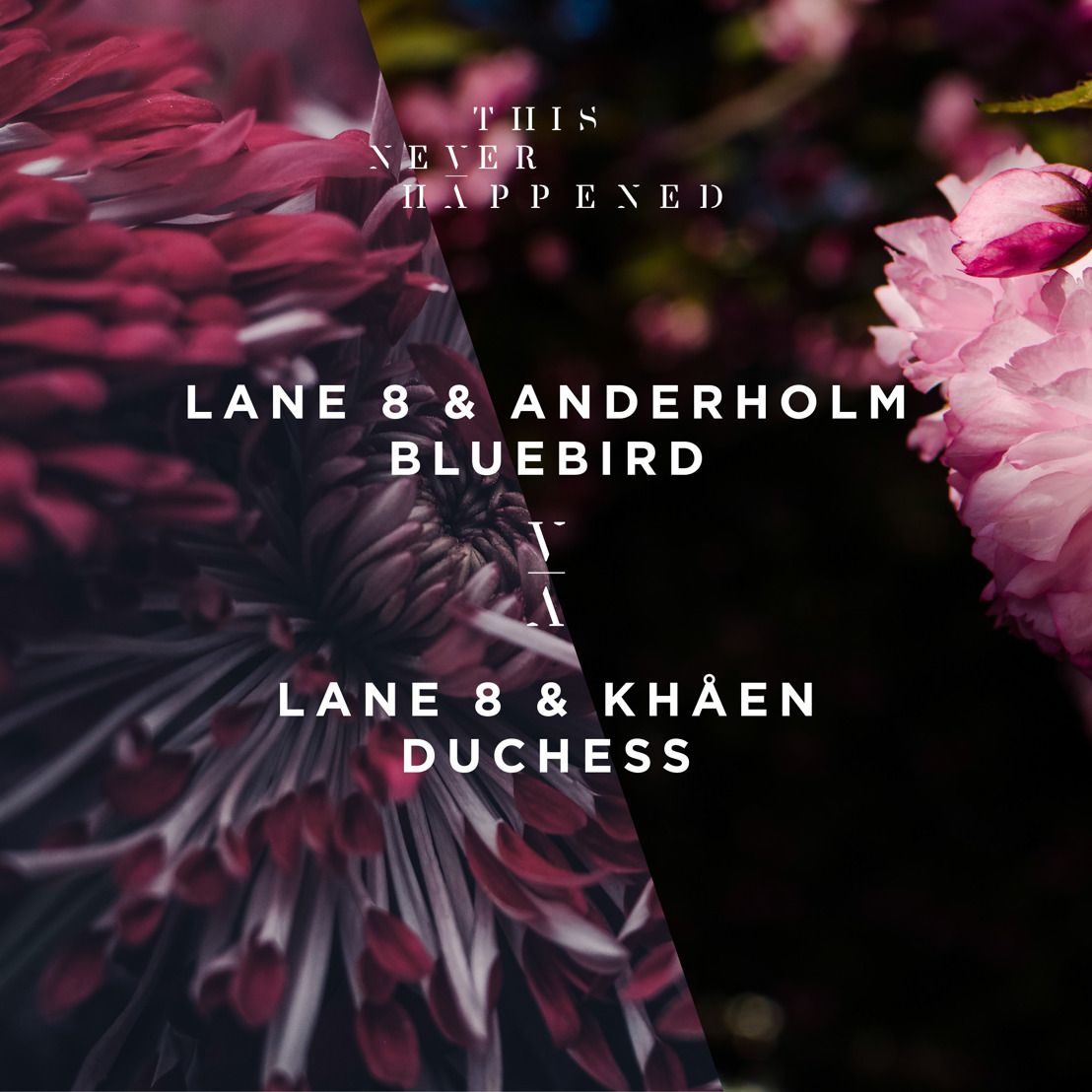 Lane 8, whose real name is Daniel Goldstein, has received the good graces of the electronic music scene like few artists in recent memory. Bluebird/Duchess, his new collaborative EP on his own label This Never Happened (TNH), is a clear example of why.

Initially noticed for his breakthrough melodic style, house and techno fans from around the world have all rallied behind Goldstein as one of the consummate producers of this generation. Like a true artist he has continually used his influence to give rise to up-and-coming producers.

In just two years as a label head, Goldstein has taken multiple artists under his wing. Bringing them on tours, giving them debut solo releases on TNH, and collaborating with them to take their productions to the next level.

The Bluebird/Duchess EP features two artists Goldstein previously highlighted on his iconic ‘Root to Branch‘ series: Anderholm and Khåen. Each produced a track with Goldstein on this release, and both of the records display growth from the artists under the tutelage of Goldstein. Yet they still maintain their own sonic identities.

In a statement, Goldstein detailed his role in contributing to each track:

“With Bluebird, Anderholm had the idea of that main piano loop from the intro and some really cool sounding drums – then I added layers of synths and a chord progression to bring it home. With Duchess, Khåen had this absolutely brilliant synth hook, and we both agreed it would be cool to add some Lane 8-tinged elements to the song to bring out that maximum energy. I took his main idea and expanded it into something that really gets a dancefloor moving.”

The Bluebird/Duchess EP is now available everywhere on This Never Happened. Stream the EP below.