Creamfields is just 66 days away and it seems as if there are new, game-changing surprises every week. In the past few months, Creamfields revealed two new massive stages that will be used for this first time this August. The first, SILO, is a revolutionary, multi level, 360 degree stage that will house state of the art lighting and sound design. On the other hand, Generator, also a multi-level structure, puts festivalgoers in an intimate, warehouse setting.

Creamfields has now revealed a new party spot added to the Campsite Village. The Power Tree will allow guests to grab a drink, charge phones for free and catch surprise DJ sets throughout the weekend! They posted a mysterious photo of the woods on Instagram and Facebook last week. We’re anxiously waiting for Creamfields to tells us what the new area will hold.

Today, Creamfields put out a huge announcement that makes us even more curious and anxious.

“We’ll be celebrating #Creamfields21 – a milestone in Creamfields history, with 3 surprise sets. Expect one on Friday, one Saturday and one on Sunday!”

A surprise set on Friday, Saturday, and Sunday! Who can we expect to play? Swedish House Mafia rumors sparked once again among social media users. We can’t rule out a Swedish House Mafia set, as both Axwell Λ Ingrosso and Steve Angelo are set to play on the third day of the festival. Some think Deadmau5 could be playing one of the surprise sets since he will be in the UK at the time. It looks like we won’t find out who the three mystery artists are and what stage they will appear on, but keep your eyes glued to the Creamfields social media pages for more surprises.

Who do you think will be playing the 3 surprise sets this year?

We’ll be celebrating #Creamfields21 – a milestone in Creamfields history, with 3 surprise sets. Expect one on Friday, one Saturday and one on Sunday! Who do you think will be making a surprise appearance? 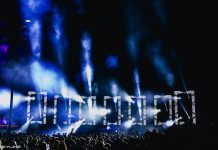