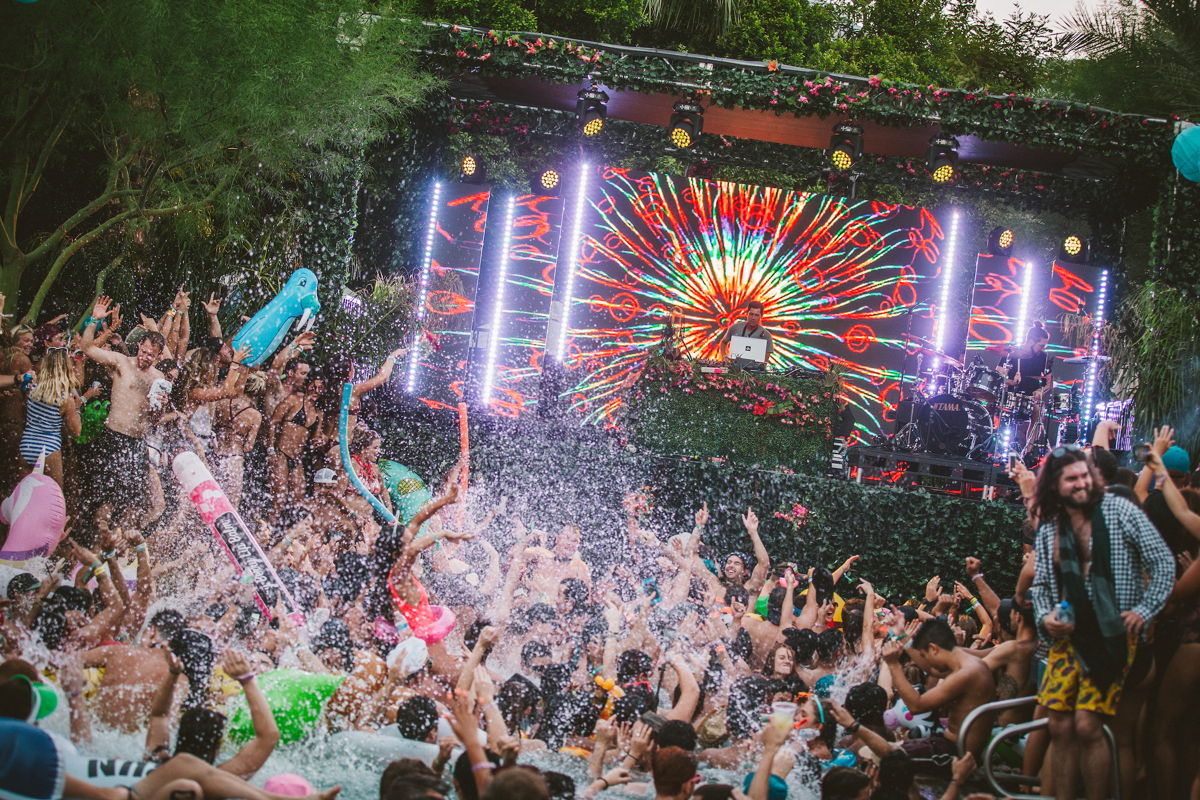 In two weeks, Splash House 2018 will kick off the summer festival season. The event welcomes a massive collection of star studded artists from all across the electronic dance industry. The event will be hosted at these iconic Palm Springs venues: The Renaissance, Riviera, and Saguaro Hotels; with an incomparable after hours party at the Palm Springs Air Museum.

To get you excited for this poolside weekender, here’s a list of the top 5 artists and their tracks we highly recommend. Prep your ears and stretch your legs because come June 8-10 it will be one of the year’s best party weekends.

Composed of DJ/producer duo Manila Killa & Candleweather, Hotel Garuda have epitomized the DIY culture of modern dance music. They are well known for scaling the online tastemaker world with a variety of remixes and remakes. It is their versatile, deep house sound that continues to attract attention far beyond music lovers and their communities. This is one unique duo. Below is their remix of Jai Wolf‘s track ‘Gravity‘ ft. JMR. Tune in to more of their music here.

Straight out of Newcastle, Australia is 16 year old producer Jacob Grant. This talented young lad performs under the moniker Just a Gent and is yet another hidden gem out of recent house producing artists. He is responsible for starting one of the newest sub genres in electronic dance music dubbed “love trap”. That’s right, his unique Just a Gent sound combines the high energy of progressive house and the laid back trap kick that has taken the music scene by storm. The insane upbeat twists in his tracks send a rush of energy through your veins. Experience the diversity of his sound here. Expect top hats, mustaches, euphoric music, and a great time at his performance. Check out one of his latest tracks ‘404’ below.”

South African-Swiss deep house producer, Daniela Niederer, also known as Nora En Pure will be performing for the after hours party at the Palm Springs Air Museum. She is the goddess of indie house/melodic deep house sound. Weaving her influences of South African roots, her music is a creative inspiration. It is accompanied by tribal percussion beats and a melody composed by wind instruments, piano chords and harmonious synthesizers. Listen closely to her songs as they also tend to integrate organic nature sounds. Listen to her track ‘Sphinx‘ below. For a taste of what she will bring to the night, follow her page here.

Kevin Andrew Chapman is an American DJ and musician from Los Angeles. After a series of viral remixes and covers in 2014, Chapman started performing under the alias SNBRN. He has quickly become an up-and-coming dance and house music artist. His hit single ‘Raindrops‘ catapulted his career. Now, he produces music under his own label ‘Sunset House‘ on SoundCloud–it’s all deep house, indie dance, and nu disco mixes here. Get a feel for his rhythm with his remix of Peking Duk‘s track ‘Wasted‘. Follow more of SNBRN and his music here.

Sylvester Martinez and Johnson Peterson are the coolest cats to see at SH. Spearheading their career since 2009, these two have more experience than their time as Yolanda Be Cool suggests. In their music, juxtaposition is everything. Hip hop and techno. Animal noises and nightclubs. Pretty girls and tattoos. Or in their words, “party tech.” Below is a new track of theirs entitled ‘Hacia La Noche‘. It truly sums up the rooftop summer pool party in Hollywood vibe. This duo never disappoints; more of their music can be found here.