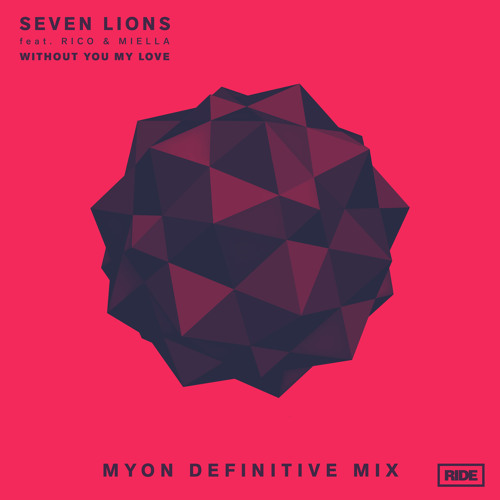 Seven Lions – Without You My Love (Myon Definitive Mix)

Just when you think a Seven Lions track couldn’t get dreamier, a new remix comes out that adds a layer of beauty you never thought could be possible. His hybridized creations have been reworked by many iconic names and Myon is the latest on the list.

‘Without You My Love’ originates from Seven Lions’ critically acclaimed EP Where I Won’t Be Found that was released last year. Not long after the debut, he unveiled a three-track remix package featuring Dabin, Xan Griffin and Trivecta. Trivecta put a fresh take on “Without You My Love” by adding a much more euphoric type of ‘chillstep’ than the original. And it seems that was only the beginning of the remix saga.

Black Hole Recordings has released a teaser of the latest rendition by Myon that is so beautiful it hurts. We have been transported into a trance oasis that we never want to leave with his version of the melodic masterpiece. With the siren like vocals from Michelle Staffieri and a blissful drop, we promise it will give you goosebumps. The full mix is set to release on April 20th. Until then, we will have this teaser on repeat as we daydream of those warm festival nights filled with flawless music just. like. this.

Seven Lions – Without You My Love (Myon Definitive Mix)