Creamfields is just about 120 days away but it looks like there are still some surprises in store for the festival. To celebrate the 21st year of one of the UK’s largest dance festivals, a new structure is set to premiere for the Bank Holiday Weekend. Creamfields has already announced its lineup featuring Axwell Λ Ingrosso, Armin Van Buuren, Above and Beyond, The Chainsmokers, Carl Cox, Martin Garrix, Tiesto, Hardwell, and many more!

At the beginning of April, Creamfields posted an update regarding plans for the festival, as seen below. “Three all-new, purpose-built arena structures and an entirely new area of the site still to unveil”, was included in the post. Tickets for the festival have been selling rapidly and are expected to sell out soon.

Last week, the 18th, Creamfields posted a mysterious photo (below), of a 12 sided shape with intersecting lines. The photo immediately sparked rumors for a Swedish House Mafia debut or even a 360-degree stage. After the surprise we had at Ultra Miami last month, it’s hard to predict what could or could not happen!

Today, Creamfields posted the complete photo on their social media pages confirming a brand new structure to be revealed this week. “SILO, our most ground-breaking new structure since Steel Yard lands this week.” It’s hard to imagine the new structure to be any bigger than Steel Yard. The 20m high Steel Yard structure is already capable of holding 10,000 people and has been used in the Creamfields London and Liverpool events. While this may put the Swedish House Mafia rumors to rest, check out the rest of the artists playing at Creamfields and get your tickets here! 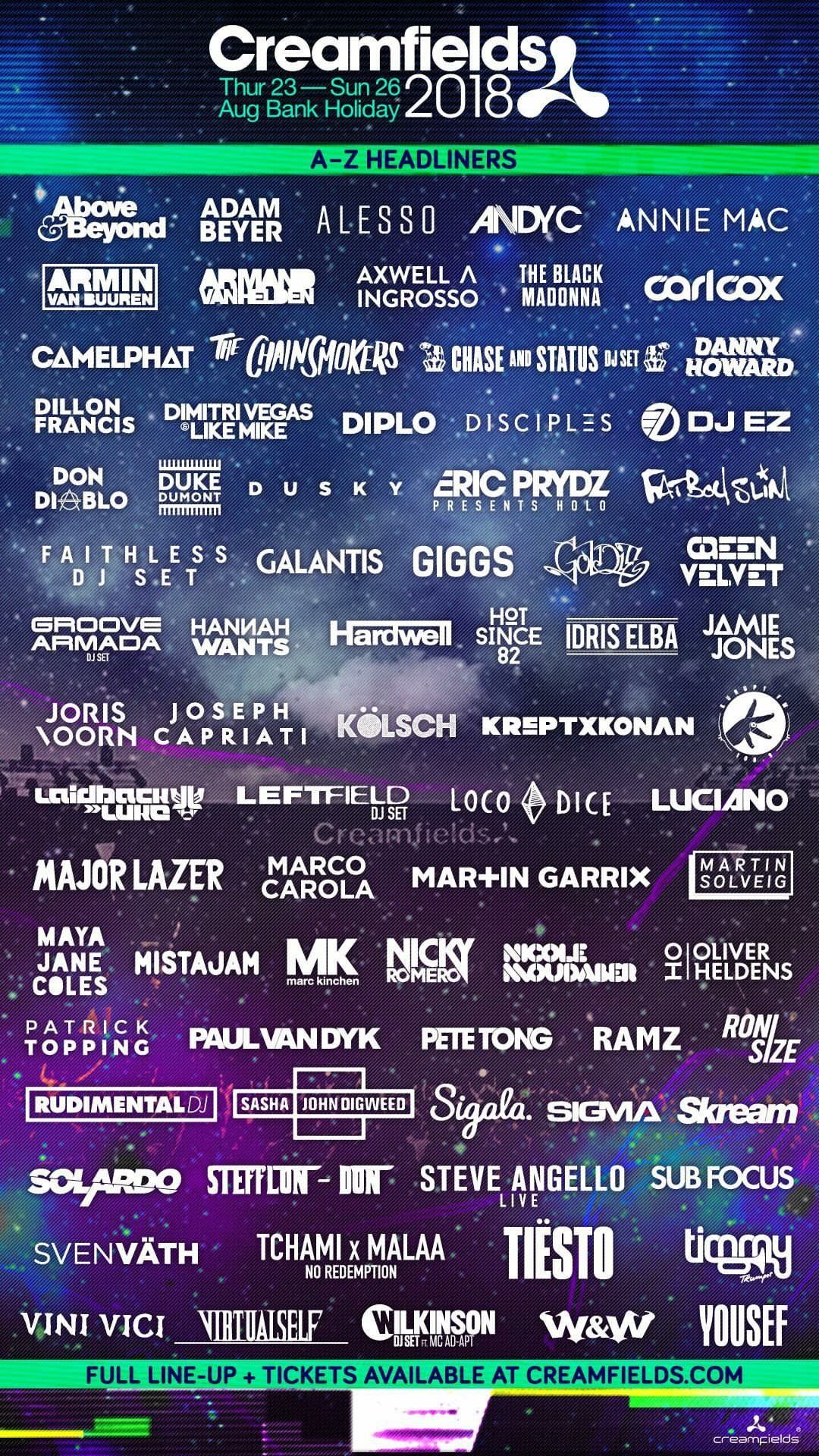