Home Music News Marshmello Will Collaborate With Migos For Next Single 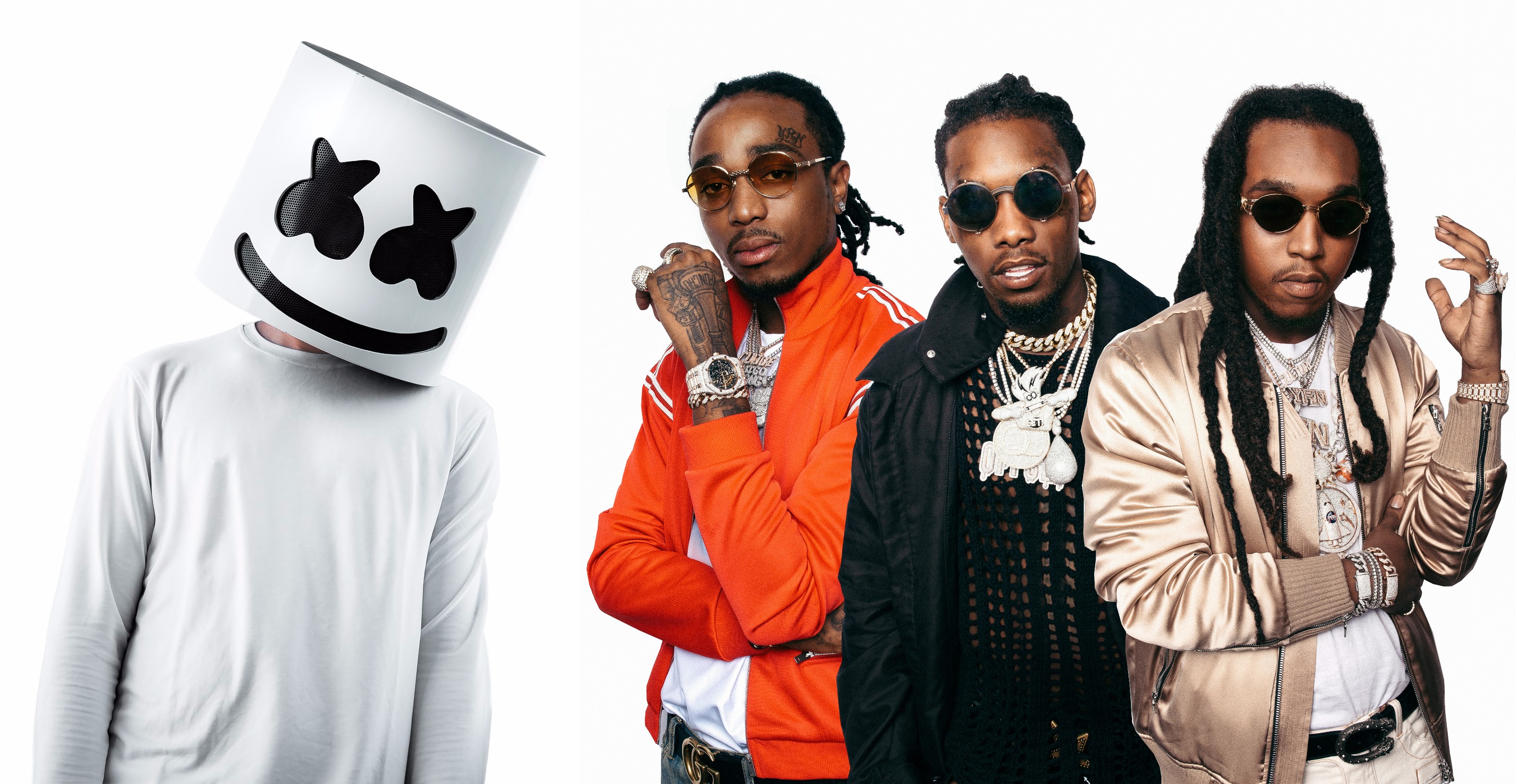 Hot on the trails of ‘Wolves‘, Marshmello’s manager has confirmed that the producer’s next single will be a collaboration with Migos. The hype around this release has been gaining fuel ever since the helmeted producer tweeted a picture with two Migos members, Quavo and Offset, with the caption “Danger” back in September. Could this tweet be a hint at the song title of this collaboration? Maybe.

Following this tweet in October, Marshmello announced to fans that the Migos release would follow his collaboration with Selena Gomez. Now, that ‘Wolves’ has been released, it seems that the collaboration with the rap group is a for sure thing. On November 7th, Moe Shalizi, Marshmello’s manager, took to Twitter to confirm the news, adding, “That’s a fun one”.

After that me and @Migos got something for the mellogang!

Next @marshmellomusic single is with migos. That's a fun one

Marshmello is no stranger to the pop and hip-hop world, as he has already worked with Omar Linx, Khalid, Wrabel, Noah Cyrus, Tinashe, and most recently, Selena Gomez. It will be interesting to see how a joint effort between Marshmello and Migos turns out.

Although there is no more information about the track, we’re sure to receive a release date and teasers soon.

In the meantime, listen to Marshmello’s brand new single with Selena Gomez, ‘Wolves’: