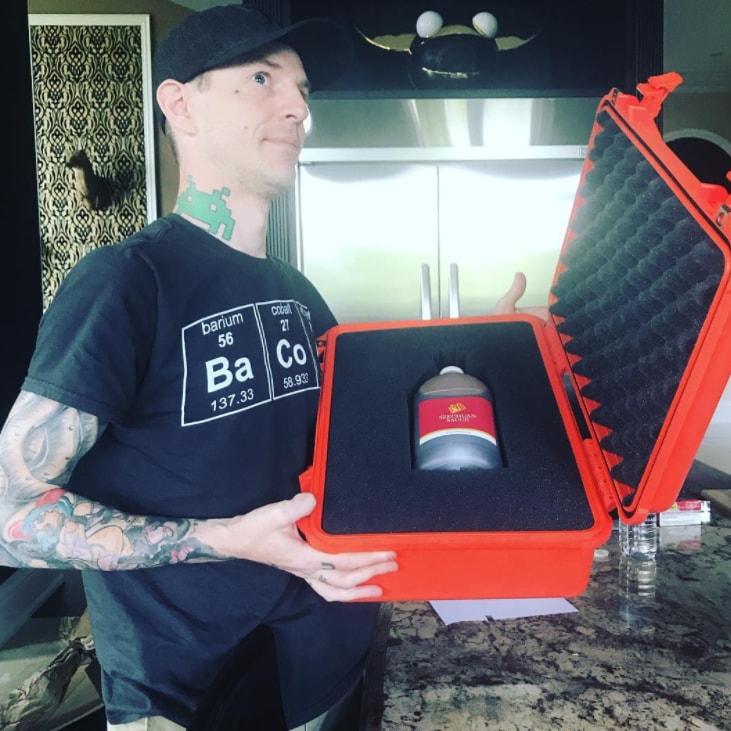 Rick and Morty fans were delighted when McDonald’s brought back the Szechuan sauce for a very limited release but Deadmau5 had a surprise for his fans at his show in Toronto this past weekend.

Deadmau5 bought a giant bottle of the sauce from one of the show’s writers off eBay for more than $15,000 during his wedding weekend. Szechuan sauce was released as a promotion for Disney’s ‘Mulan’ in 1998 and demand for the sauce soared after Rick and Morty brought it back to light. McDonald’s was unable to meet the demand for the sauce during the limited release and announced that they would make the sauce available this winter so the value of the bottle that Deadmau5 had purchased dropped.

While spinning at Rebel in Toronto last night, Deadmau5 announced that he would be having a nugget party, sharing his Szechuan sauce with his fans. Deadmau5 had to purchase a colossal number of chicken nuggets to feed his party. One thousand chicken nuggets along with the famous Szechuan sauce were waiting for fans at the merch booth and it was something for fans to remember.

The king of after parties @deadmau5 gives all his Schezwan sauce to everyone at @rebel_toronto. Joel really loves his fans. pic.twitter.com/qVHhrwoeSq