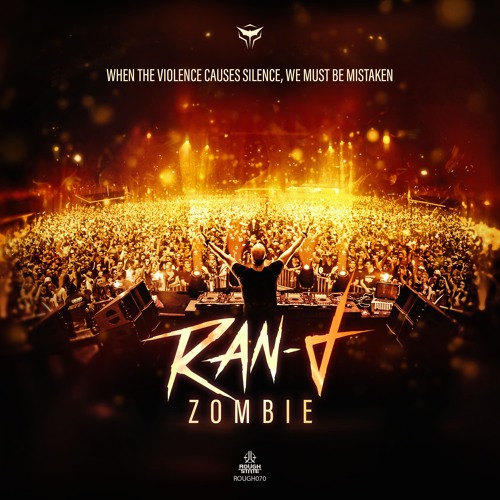 Ran-D is a name that should need no introduction. Around since 2002, the Dutch producer and DJ has been a prominent figure in the hardstyle scene. And since then, he has released massive anthems for festivals like Q-Base, Qlimax, and Defqon.1. If you’ve heard any of his sets or mixes over the past year, you’ve certainly heard him play his remix of The Cranberries’s hit track ‘Zombie‘. And now, after nearly a year, he finally received the support from The Cranberries to officially release that remix on the esteemed hardstyle label Rough State.

Unlike most hardstyle tracks, this one forgoes the typical kick-heavy intro and leads right into the first verse. From there through the first chorus, he keeps much of the spirit of the original track with the only difference being the replacement of Dolores O’Riordan’s soft, melancholic vocals with his own. From there, he quickly kicks the track up and releases it into the massive hardstyle drop you were waiting for. Definitely give this track the listen that it deserves.