Home Music News First We Had Fyre Fest, Now We Have Starfest 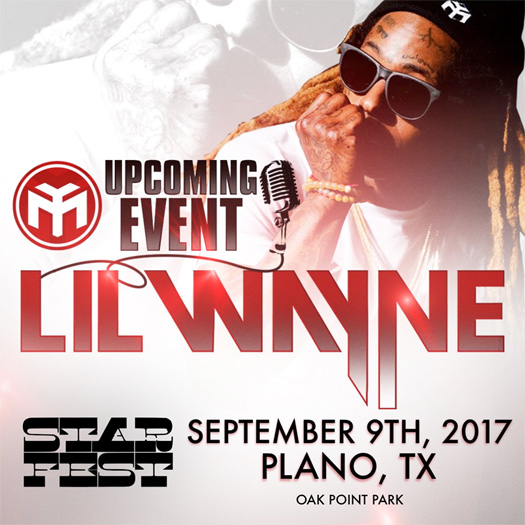 There’s a new music fest that is about to make all the headlines soon, but probably for reasons other than what you’re thinking. Starfest is a newly-announced “pop-up” festival with big headliners, scheduled to take place September 8-9th in Plano’s Oak Park in Plano, TX. Less than a month away, and it looks like disaster has already struck. While no one is stranded on an island or confined to eating cheese sandwiches, not all is well in Starfest land.

A man by the name of Simon Perez claims in a new lawsuit that he was hired by the festival to book huge musical artists for them. They told Perez they’d already booked rap giant, Drake, and had the funds for him to go out and catch them additional stars. Perez followed through, giving them artists like Deadmau5, Flo Rida, DJ Khaled, Macklemore, and more. He signed Deadmau5 for $500k, which meant he’d be receiving a $75k commission for his efforts, and Flo Rida would have given him another $18,750 in commission.

So, what’s the issue? Perez states that rather him booking these artists and consequently receiving his payout, the festival went behind his back to sign the artists on their own to avoid having to pay him his commission. In fact, they deny Perez having any part at all in booking two of the biggest musicians, Deadmau5 and Flo Rida. With that being said, Perez is suing for damages and legal fees.

Aside from that issue, Starfest is having some other problems with their lineup. The company initially announced they’d have Lil Wayne on their stages, and that in the next days, they’d release more of the lineup. However, those days passed and still no announcements. The festival’s website even changed the wording that initially stated they’d be making lineup announcements daily. Finally, Flo Rida, Carnage, and country artist, Hunter Hayes were announced; sadly Carnage and Hayes were removed from the site as quickly as they appeared.

Artists have been coming and going, and it’s still not clear who will actually be performing at the fest. Organizer, David Taylor, has tried to justify the situation by explaining how difficult it is to launch an event of this size. For paying $225 for a “100 Section, One Day” pass, they better figure it out.