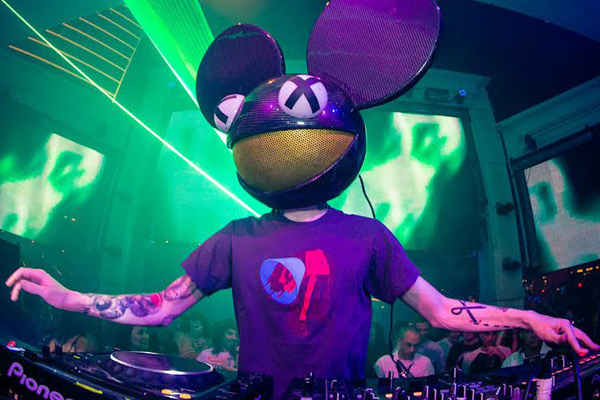 Deadmau5 has been extremely active on social media recently, posting snippets and teasers for his upcoming projects. On Tuesday, July 25, he posted a video on Instagram from his studio where he was mixing for a film score.

Deadmau5 has been extremely busy recently as he just signed a brand new hip-hop artist named Shotty Horroh, to his imprint Mau5trap. In addition, he has been in studio mode working on brand new music with his newest signee as well as Rezz, who is already part of the Mau5trap team and is releasing her debut album a week from tomorrow.

Deadmau5 has never scored a film before, but it isn’t for a lack of opportunity. In a Twitter post from October 2014, he said he’s had many opportunities to score music for a film, but has been waiting for the right one to come up.

had many an opportunnity to score music for a film… just been waiting for the right one.

Deadmau5 spoke further on the issue in a livestream from 2015 where he said he only wanted to do it for a proper movie where it would fit, not some billion dollar action film that needs music for a techno scene. He then complimented Nine Inch Nails lead singer Trent Reznor, who has scored many films including “Gone Girl.”

Deadmau5 clearly has had interest in scoring a film as long as it’s the right one, so clearly this Instagram post means the right one has finally come along. Check out the posts below and let’s hope we hear a deadmau5-scored film very soon.

First time mixing for film 🙂 so much fun!