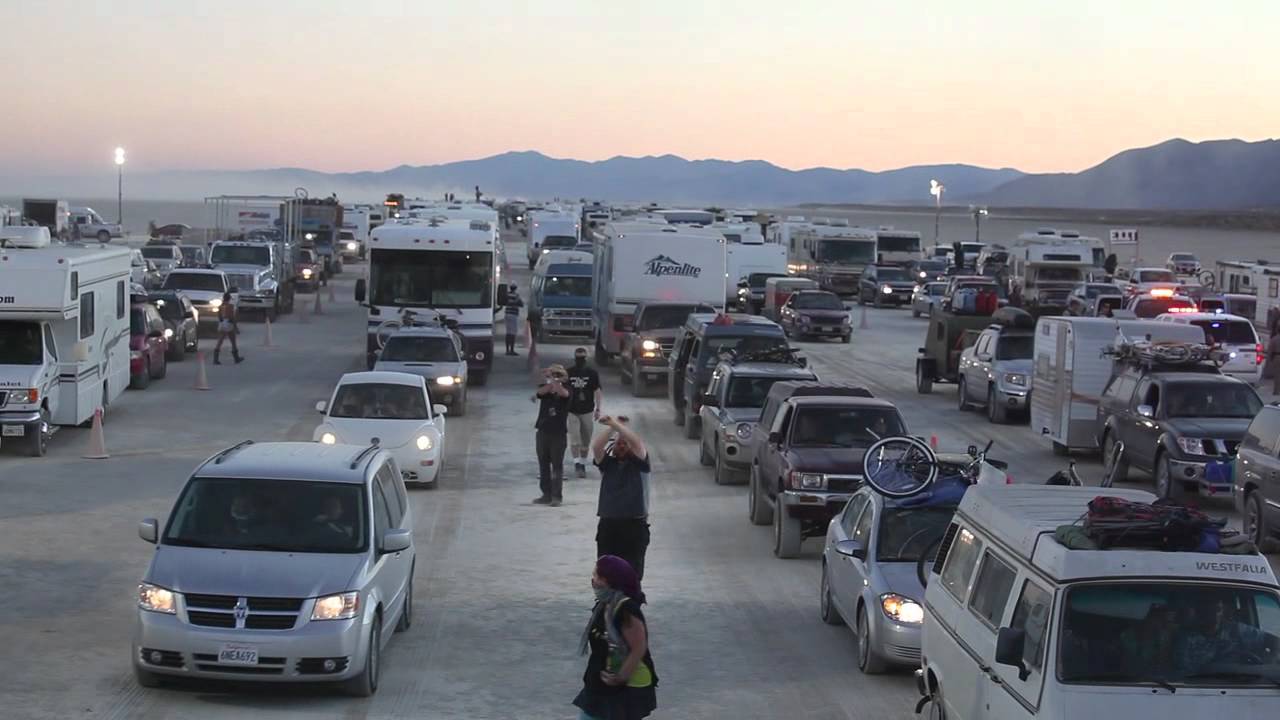 One of the hardest, most grueling parts of any festival is the process of leaving. For one evening at Burning Man in particular, the exit process – known as Exodus – was made even worse when the gates were shut momentarily once a teenage girl was reported missing.

Sunday night’s exodus process leaving Black Rock City turned into a traffic nightmare, as some attendees were forced to wait upwards of nine hours once the gates were closed. According to the Reno Gazette-Journal, the girl was later found safe in the city, but the gate closure created a significantly longer wait time than originally expected – at least three hours with no movement for those trying to exit.

One Burning Man attendee who took a trip over the playa via plane was able to count 18 rows of cars stretching two miles in distance Sunday afternoon. The waiting period to leave the venue varied Sunday and Monday but typically lasted between four to six hours just to get back to the highway.