Home Music News But Life Is Just a Party, And Parties Weren’t Meant To Last 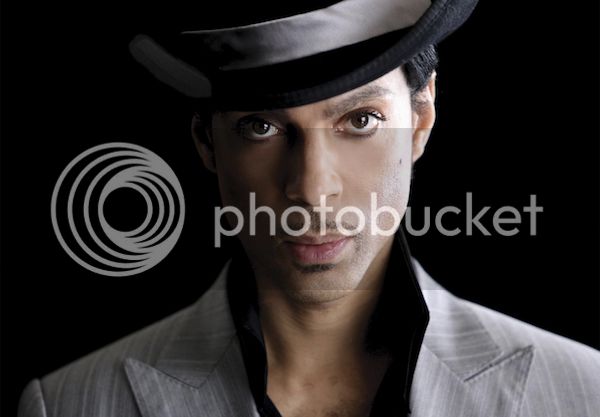 As many of you have probably heard, seen, or read by now, a musical genius and cultural icon is no longer with us. At the mere age of 57, Prince Roger Nelson was officially pronounced dead at his Paisley Park residence earlier today (April 21st, 2016). What has come to many around the world as unexpected and shocking news has lead to a whirlwind of online activity, from fans, artists, and media outlets alike. As 2016 has taken yet another beloved representative individuality, freedom, expression, and love, we’re left with little choice but to pay tribute in whatever little way we can. The following attempt to try and encompass the true gravity and the impact of this one man’s influence on the world will fail; as a music publication and news outlet, to simply announce a death and ignore the life would be a severe disservice to not only our audience, but the whole of the music community…

“Time is a mind construct. It’s not real.”

Much is still unknown regarding the details of Prince’s death. Earlier this month Prince postponed his upcoming show in Atlanta, Georgia, to fight off an ongoing bout of the flu. As one with great strength, pride, charisma…and privacy, it wouldn’t come as much of a surprise if Prince has been fighting off something of greater significance; the fact that he managed to push on to not only perform in Atlanta on the 14th, but throw an additional late night party at his own residence on the following Saturday, left people to believe he was in good health. However, trying to determine his health status on such little information is essentially conjecture. All we know for now (updates pending) comes from the local county sheriff’s office.

“Carver Country Sheriff Jim Olson reports that on April 21, 2016, at about 9:43 am, sheriff’s deputies responded to a medical call at Paisley Park Studios in Chanhassen. When deputies and medical personnel arrived, they found an unresponsive adult male in the elevator. First responders attempted to provide lifesaving CPR, but were unable to revive the victim. He was pronounced dead at 10:07am. He has been identified as Prince Rogers Nelson (57) of Chanhassen.

Deputies are on scene of a death investigation at Paisley Park in Chanhassen. More info to follow. -814

Prince Rogers Nelson (57) found dead at Paisley Park Studios in Chanhassen, MN. We are investigating the circumstances of his death. 802jk

2. Changing of the Guard

“The gatekeepers must change.”

I think I speak for more than just myself when I say there’s a heavy heavy regret in not getting to know his music more closely. Beyond the passing acknowledgement of his music and the occasional reference to “Purple Rain,” or his unique unpronounceable name, many in the millennial generation probably can’t quite argue for credentials as hyper-fans and avid followers of his vast 39-studio-album discography. And there’s nothing wrong with that. There’s nothing wrong with recognizing the fact that while we’re all taking to our respective favored platforms to express sorrows and respect, that the bulk of us aren’t the most knowledgeable Prince fans. There’s nothing wrong with it because that’s not what Prince’s influence is limited to. Not from the consumer perspective, and more importantly not from our perspective as youths.

If you seek to read and vicariously recall the nostalgia of Prince’s life, visit the good folks at WIRED. If you’re looking for an expedited timeline of his greatest hits, HYPTRAK! Or the Verge, The New Yorker, USA Today, and so on and so on. There innumerable ways in which we can read, recount, and understand what exactly Prince was as a musician and performer. It’s not something you’ll gain here, because quite frankly I haven’t seen him live, and can’t adequately explain his prominence. His actions as a musician have earned him more than just a recollection of what he represented as a sexy guitarist, scintillating singer, or master craftsmen of a writer though…

His music, his words, his fashion, and ability to perpetually reinvent himself all served as the vessel for an affirmation of something people have sought for generations, and will continue to seek for years to come. An affirmation that being true to oneself is the key to being truly free. An affirmation that you’re not only allowed, but encouraged to embrace everything that you are and to share it with those around you. He showed the ultimate form of protest was to simply be yourself, that in being unleashing all the originality, thoughts, and feelings confined in oneself and eschewing all the standards and social constructs we’re taught to swallow as an acceptance of reality is the only way to legitimately push the envelope and make a difference. Think about the potential impact this would have on LGBT rights, gender equality, racial equality.

For Prince I’m sure this could have been many things, but most obviously he tapped into this psyche through provocative expression of emotions: love, heartbreak, joy, anguish, lust…sex. Track titles like “Do Me, Baby,” and “Soft and Wet” may pass as normal today, but imagine releasing it to a significantly more conservative 70s and 80s crowd, or “Pussy Control” in the 90s, or even “Sexy Motherfucker” in 2007. Emotion of this sort had long been relegated to base-impulses, frowned upon or at least hidden in the social shadows. What better way to let people know they’re not alone with these feelings than to sing about it! His work acted as one of many catalysts for a social awakening that can only be achieved through music, and while he might not have intended on doing it in good company, he had quite a lot of help.

“The gatekeepers must change.” A simple and daunting facet of life. No matter how you’d like to frame this quote, it rings eerily true. Be it in life or through death, there will forever be a changing of the guard. There will always be those who stand tall among the rest, and who represent anything from a mentality to a movement. Prince was one of them. David Bowie was one of them. Michael Jackson was one of them. Their deaths represent something I hope we’re ready to uptake, and that’s a mantel of repsonsibility (*queue Halo Theme*) to impart the affirmation unto the generations below our own. As so many of those who once told us it was ok to be weird have left us, it’s evident that duty is falling upon us. Whether you’re a musician, a visual artist, a comic, a journalist, or even a politician, your time to lead is now.

It sucks to be honest. It sucks that the realization has to come at the expense of a beautiful life. It sucks that it’s a job entirely in its own right. It sucks to know that it will be an endless cycle, limited only by the confines of time itself (and as Prince says…time is not real). Yet, while the task is daunting, it’s a beautiful opportunity. It’s a chance for our favorite artists and leaders (or you!) to steer the ship in a new direction, always pushing forward. And the rest of us get to be along for the ride.

To assert that Prince’s life and music are unrelated or inconsequential to dance music – or ‘electronic’ dance music specifically – would be an assertion characterized by either vast oversight due to lack of interest, or an unfortunate misunderstanding of the music and how every form of it is interconnected. Prince’s style sought to add flare and tenacity to pop, and a new style emerged. Bound by no genre, he pioneered a sound that reached millions of people, earning him 7 Grammy’s, 100 million record sales (not streams…) and an Academy Award for Purple Rain. Even today his music is capable of commanding a crowd to dance, and let loose. His work influenced and inspired countless professionals today, but as an EDM blog, let’s highlight some of the reactions from a generous selection of our favorite artists:

If you’re the black sheep and somehow don’t know who prince is, just go listen to purple rain n see why the world is weeping ☔️

I’m not going to pretend I knew every song or that I was an extremely devoted fan. That feels… https://t.co/sXGN872EnU

Rip to one of the most original, one of my favorites, Young Prince

Just heard the news about #Prince A musical genius has passed away. Rest in peace. You will be missed by many, including me.

“Dearly beloved,
We are gathered here today
to get through this thing called life…”

One of the greatest https://t.co/Nk3QVVBPbt

My heart can find some comfort in the fact that Bowie, Prince and Bankroll Fresh are making music together right now.

Stunned by the news about Prince. So glad I got to see him live, he was the world’s best live performer by a country mile.

“DEARLY BELOVED, WE ARE GATHERED HERE TODAY TO GET THROUGH THIS THING CALLED LIFE” – PRINCE RIP

No way man.. RIP Prince. My tears are purple rain 😢

Wow RIP Prince….you were one of the best, if not the best musicians ever… I will deeply miss your influence on music culture 🕯☔️

https://t.co/59LDb3rktb
To the man who didn’t need to say a word. The best performer of all time.
Rest easy.

u wanna talk about no genres, no labels.. Prince was at the front of that belief when he changed his name to a symbol. fucking legend

The purple one…..RIP….what an influence

this is so brutal…. out of nowhere ughhhh 💔

RIP #PRINCE Unreal he was the best. Sad sad day for music.. Crazy Bowie & Prince in the same year. Horrible. Please no more for a long time

We lost another legend .. Can’t believe this. RIP #Prince 😔 pic.twitter.com/cHJTehlSU1

RIP PRINCE. THE QUEEN. THE KING. THE ANGEL 🙂 pic.twitter.com/uLHzW0IDvE

And just like that…the world lost a lot of magic ✨ Rest in peace Prince! Thanks for giving us so much…

Statement from President Obama on the death of Prince: “Today, the world lost a creative icon.” pic.twitter.com/W6j5AALmMH