Steve Angello has often expressed his love for playing at clubs… after all, he got his start as a DJ playing in front of small intimate audiences. Angello will hit the road with his SIZE Records counterpart Sebjak for a month and a half playing clubs across North America beginning at New City Gas in Montreal on April 2nd.

Angello is currently preparing for Miami Music Week where he will perform as his alter-ego Mescal Kid, followed by a festival set at Ultra Music Festival. His club tour will certainly be different than what fans will out of Angello at Ultra. In a recent interview with MixMag, he said, “I really miss the club scene. I miss the culture. Everything has become so festival-driven now. It’s f**king retarded.”

While Angello will still play festival gigs, he clearly yearns for his past experience playing nightclubs. “I have missed the dark and intimate rooms for the past couple of years.” Angello said. “I always loved the freedom that could be expressed in a club and therefore I’ve chosen to come back home and reinvent myself as an artist.” You can check out the cities he will hit on the tour below, and you purchase tickets at SteveAngello.com. 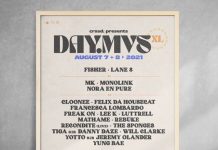 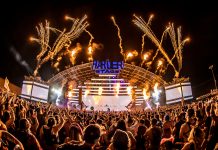 Hard Summer 2021 Was a Return to Form 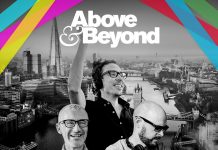