March is right around the corner and with that, so is one of the greatest weeks of the year for electronic music enthusiasts: Miami Music Week. With different shows, events, and one of the world’s most premier music festivals constituting the week, it’s no surprise that everyone is trying to make their lasting impression. One of the more notable events set to return to Miami this March is the Red Bull Guest House (RBGH). Coming back for its third edition in a row, this year’s Red Bull Guest House is set to take place at Sagamore, The Art Hotel in Miami Beach, on March 26-29th. Now if you follow even a little bit of this scene you know that those dates happen to coincide with Ultra Music Festival. While the Red Bull Guest House may not boast the size and scale of UMF, it has many more unique and exclusive features to offer. Over the course of the four days and three nights, hand-selected curators and artists will be taking over the hotel from top to bottom, creating seven different individual showcases. These include the celebrated daytime pool parties and memorable late night breakfast club blowouts, both of which are exclusive to the RBGH. 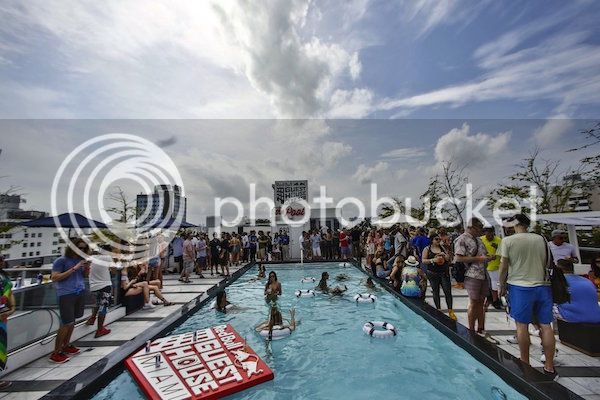 Now just who exactly do these curators and artists include? For one, Lil Wayne’s Young Money Entertainment, whose showcase will be the only one of its kind during MMW. The HARD Pool Party will also be making its way to Miami, promising electrifying B2B sets as their one and only poolside soiree of the week. Making their Miami Music Week debut is Guy Gerber’s RUMORS as well as New York nightlife icons Ladyfag & Seva Granik present: SHADE: MELTDOWN. Seth Troxler present Big Tittie Surprise will also be making its North American debut. However, what will easily be one of the most anticipated and first of its kind event, will be the premiere of Kygo + Thomas Jack’s Tropical. This isn’t even the full and complete lineup though. A special seventh showcase will be revealed at the start of March along with the rest of the lineup. Remember though that the lineup is never concrete; just because an artist isn’t on the lineup doesn’t mean that they won’t be there. This is Miami Music Week after all, and with that, surprise guests are bound to pop up left and right.

For more information, keep up with Red Bull Music here.

The official lineup for the Red Bull Guest House has been revealed and it includes some pretty big names. Although the curators were already announced, no one could have predicted just how impressive the list of artists would be. Hudson Mohawke, Thomas Jack, Duke Dumont, Chromeo and many more will be performing over the course of the 4 days, making this one of Miami Music Week’s premier events.